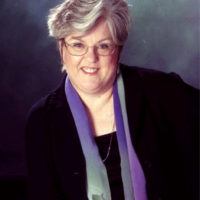 Realism artist Arleta Pech was raised as the only child in a farming family of limited means. Art exposure came not from museums or art schools, but from paper, paint, and crayons. She brought to this an imagination fostered by repeated readings of Lewis Carroll’s Alice in Wonderland, in which she found a kindred, though fictional spirit.

She could draw anything she saw, often with characters from Alice, and was soon apprenticed to a commercial artist leading to work at Mill Pond Press. After a trip to the National Gallery, she found her calling as a realist, standing before “Fruit, Fish and Nest” by Dutch Baroque artist Abraham Mignon. She quickly became acclaimed for her floral paintings in which realistic blooms are presented within the symmetry of Classicism, but which remain Romantic or even exotic in nature.

Pech’s blooms display an infinite range of hues from a palette of about six colors. Flowers appear as if still in the garden, glowing with luminescence which seems to come from behind the support. The artist includes highly reflective surfaces in her works as “looking glasses” . . . a highly polished cherry table, a perfect globe of antique silver, the complex patterns of a mirrored chess board.  In each reflection we find objects from behind the painter. They have evolved as “Still Lifes with a View.”

Paradoxically, Pech now creates realistic works in which disparate objects ask us to suspend  reality or  perhaps to suspend gravity itself. One might ask if these kinetic forms–these objects which hover in mid-air– push at the very definition of the term “still life.” The answer lies in the sheer luminosity of this artist’s realistic images. 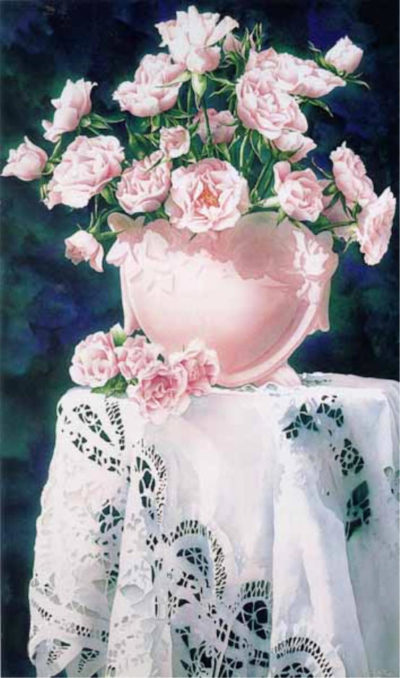 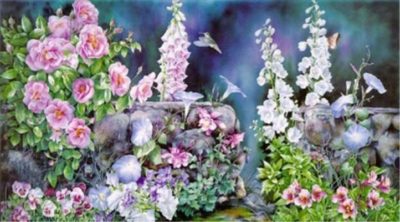