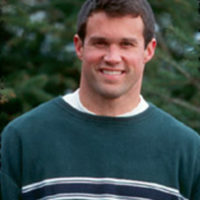 Bart Rulon lives and works on Whidbey Island in Washington State’s Puget Sound. He received a bachelor’s degree from the University of Kentucky in a self-made scientific illustration major. He graduated with honors and became a full-time artist, focusing on wildlife and landscape subjects, specializing in birds.

Bart’s interest in art and animals started at a very young age. As a kid Bart would spend most of his days outside investigating all the local animals in the neighborhood pond, in the woods, under rocks, or wherever he went. Weekly fishing trips with his dad and brother were great opportunities to explore. He would spend hours watching Mutual of Omaha’s Wild Kingdom on tv as he drew all the exotic animals they featured. Bart was particularily interested in the animals of Africa, and India, especially the wild cats. Little did he know that later in life he would travel to those exotic places, and see the same animals in person. These would become some of the most profound moments of his life.

As a professional artist Rulon’s primary interest is in experiencing his subjects firsthand in the wild. He focuses on painting subjects and scenes he has experienced in the wild rather than trying to paint animals he’s only seen in captivity. Rulon prides himself on the time he spends in the field researching his subjects, because this is what he enjoys the most about being an artist. His travels have taken him to new places every year including long trips to Africa, India, South America, and Alaska, and he has been all over the contiguous United States and Canada. On many of these field trips he uses a sea kayak or a custom made floating blind as tools to experience the behaviors of wildlife up close. Rulon says “all this extra effort pays off in the long run because I get to see the intimate details of an animal’s life that most people never see.” Its that personal experience that inspires him to re-create an image for others to enjoy, more than the act of painting itself.

Rulon’s works have been exhibited in many of the finest exhibitions, museums and galleries displaying wildlife and landscape art in the United States, Canada, Sweden, Japan, and England. His paintings have been included in seventeen exhibitions with the Leigh Yawkey Woodson Art Museum, including fourteen times with the Birds in Art exhibit and one each in their Wildlife: The Artist’s View, Natural Wonders, and Art and the Animal exhibits. His work has been chosen for the Society of Animal Artists’ annual exhibition Art and the Animal for fourteen years since he became a member in 1993. His paintings have been included in the Arts for the Parks Top 100 exhibition and national tour seven times, and in 1994 he won their Bird Art Award. Other recent awards include the artist of the year for the 2010 Skagit Valley Tulip Festival, the Henderson Area Arts Alliance Award at the 2000 Kentucky National Wildlife Art Exhibit, Featured Artist for the Rocky Mountain Elk Foundation in 2001, and the Audubon Alliance Artist of the Year Award for 1998. His paintings of birds are included in the permanent collections of the Leigh Yawkey Woodson Art Museum, the Bennington Center for the Arts, and the Massachusetts Audubon Society.

Rulon is the author and illustrator of the books Painting Birds Step by Step (1996), Artist’s Photo Reference: Birds (1999), Artist’s Photo Reference: Water & Skies (2002), and Artist’s Photo Reference: Wildlife (2003), and Artist’s Photo Reference:Songbirds & Other Favorite Birds (2004) all published by North Light Books. His work has been featured in five other North Light Books: Wildlife Painting Step by Step (Patrick Seslar 1995), The Best of Wildlife Art (edited by Rachel Rubin Wolf, 1999), The Keys to Painting Fur & Feathers (edited by Rachel Rubin Wolf, 1999), Painting the Faces of Wildlife Step by Step (Kalon Baughan, 2000), and The Ultimate Guide to Painting from Photographs (2005). His work is also included in the book Wildlife Art (Rockport Publishers, 1999). Rulon’s paintings have been featured on the cover and in the interior of many Bird Watcher’s Digest issues. His illustrations of seabirds appear in the field guide All the Birds of North America (HarperCollins, 1997), and he was commissioned to paint a variety of birds for A Guide to the Birds of the West Indies (Princeton University Press, 1998). Rulon’s work has been featured in the magazines Southwest Art, and Wildlife Art. 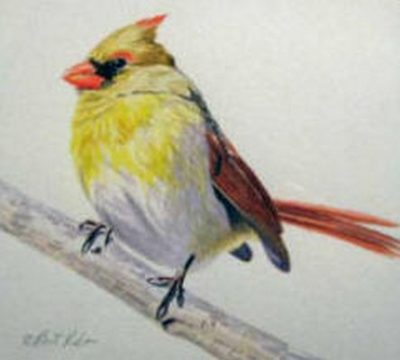 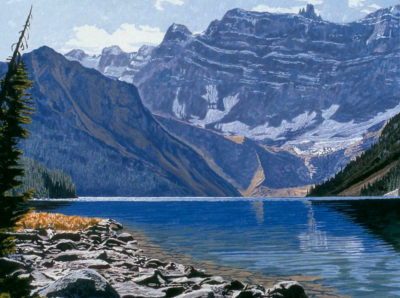 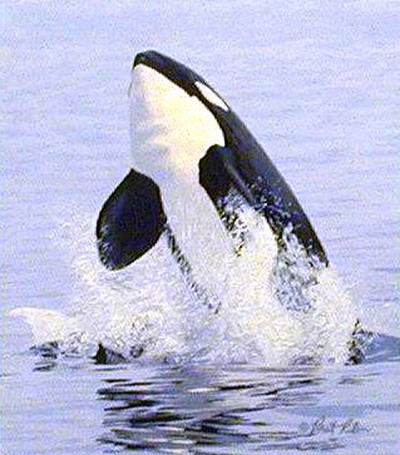