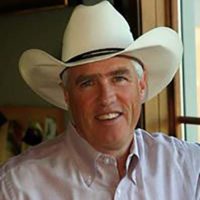 I do not see myself as a biographer of the “cowboy.” I know some artists feel they are recording an historical portrayal of ranch life today in the American West. But the focus of my work has always been mood and passion. If I’m recording anything, I’m recording how I feel about the West. I want the viewer to feel the drama of atmosphere and the mystery of a western night. I want the volume and portent of a cloud to be evident in the calligraphy of a brush stroke. The pack of the muscle below a horse’s shoulder should be energized by the gestural application of paint.

You see, I love to paint. And I love the American West. I was born in Chicago, but the Sierra Nevada, Sangre de Cristo, Sawatch and a hundred other ranges of our Rocky Mountains were the only “Big Shoulders” that ever interested me. Walking thunderstorms, sunstruck cedars, rimrock and artfully abstract water patterns charge the landscape here with an impossible beauty.

Amidst this nobility is its caretaker: the rancher. With the natural ease of generations bred to the saddle, he is a powerful image, further ennobled by a fine horse. An artist under the spell of the west has the privilege of marshaling the virtues of landscape, figure and equine painting into one supremely paintable subject: the American cowboy. TO GOD BE THE GLORY”

Bill Anton was born in Chicago in 1957, and later moved to Prescott, Arizona. He graduated from Northern Arizona University. Later, after committing to painting full-time, he studied under Michael Lynch and Ned Jacob, who encouraged him to paint from life. Anton’s work has been published in Southwest Art, Architectural Digest, Art of the West, Equine Images, Western Horseman and Art-Talk. He was featured on the cover of the April 2006 American Artist magazine. Corporate collections that include his work are Sears, Dupont, State Farm Insurance, Bank of America, Hewlett Packard, and Trust Company of the West. His award winning work has been displayed at the Prix de West at the National Cowboy and Western Heritage Museum, Master of the American West at The Autry Museum, The National Center for American Western Art, The Old West Museum and The National Museum of Wildlife Art. In addition, his work is in the permanent collection of the prestigious Gilcrease Museum. 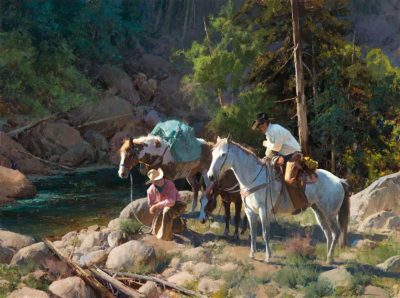 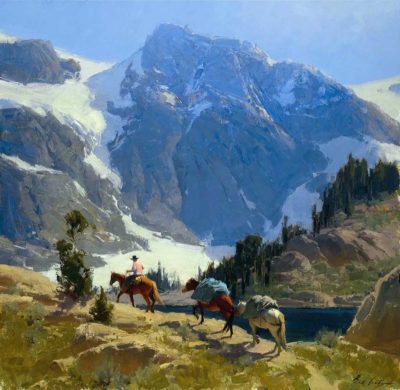 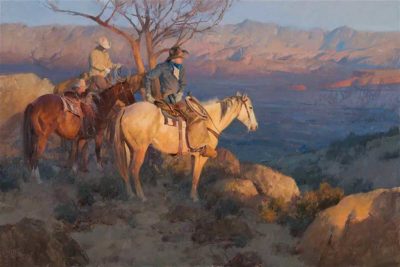 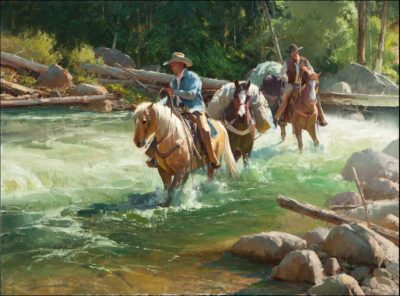