W. R. Brownridge graduated from the Alberta College of Art (Calgary, Ab., Canada) in 1957. Following that he was a professional graphic designer for some 30 years, finishing his career as Art Director in one the city’s top advertising firms. During that time he received a Canada Council Grant in 1975 to paint the vanishing railroad architecture of the Prairies and that series of original paintings was widely exhibited. As well, in 1981 he received a commission from the Calgary Winter Olympic Development Association to render a series of serigraphs depicting the games’ events. There were later used as part of Calgary’s winning bid for the 1988 Winter Olympics.

In 1995 he left advertising so he could dedicate himself exclusively to painting. Since then his art has been exhibited in galleries across the country. He has had exhibitions in Calgary’s Glenbow Museum, the National Musuem of Science and Technology in Ottawa, with the Alberta Society of Artists, the Ontario Society of Artists, the Burnaby Print Show, Young Contempories of Canada, the Red River Exhibition, Calgary Stampede and Exhibition, and has been exhibited extensively in galleries across Western Canada. Since 1987 he has had 10 individual shows, most of which sold out, and his paintings are presently available in three different Canadian galleries. His work appears in the collections of many corporations, NHL hockey teams, NHL players, and hundreds of individuals. 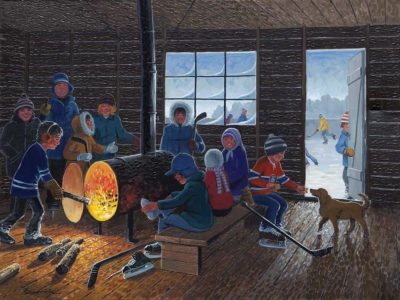 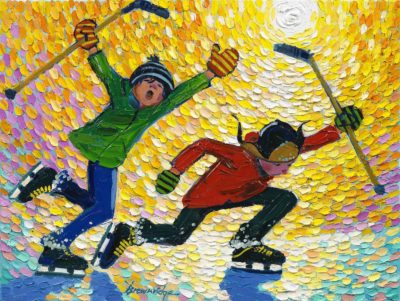 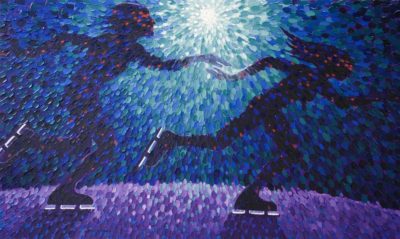 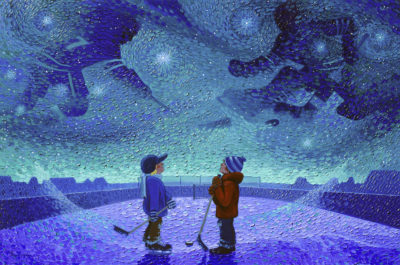