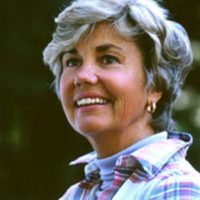 The popularity of Carolyn Blish’s art has made it an American standard.  She transfers her own delight in her subject matter right into her canvases. She has an endless fascination with her subjects: the ever-changing moods and rhythms of the shoreline, the undulating shapes of dunes, flowers, children and woodland subjects – all are images that offer authenticity without artifice. They are, she says, images that “call me to be painted.” Blish’s art is, indeed, a celebration of life.

Blish also communicates her joy through her art: “…the important thing is not the painting itself, but the love with which it is painted; love is the supreme ingredient.” Blish believes that it is technique that enables an artist to paint, but that it is love that makes the painting art. Blish began painting in the early 1950s and began exhibiting nationally in 1965. A former actress, model and television newscaster, she is also a member of the prestigious American Watercolor Society.

Blish paints predominantly in watercolor, but she is also proficient in many other media, including oil, acrylic and pencil. It is the spontaneous nature of watercolor, however, with which she is most enamored: “The aqueous medium is so free; watercolor has a transparent, fleeting, ephemeral quality. In watercolors, nature follows its own course; the artist just helps it along.”

Blish equally enjoys abstraction and realism. She finds both exciting, but the element of mystery in abstraction “allows the viewer to see something of his own imaginings.” 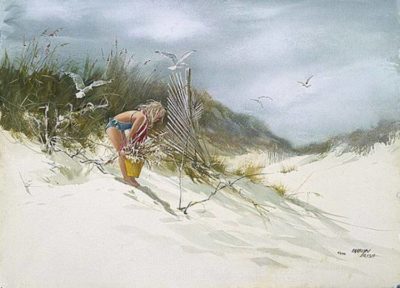