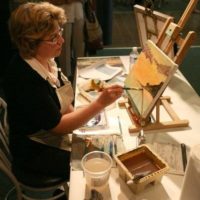 I come from a family with strong artistic ability, but I’m the only one who has taken it out of the hobby realm.  My family are from Ottawa, Ontario, Canada. However, my Father joined the Armed Forces, and finally settled in Alberta.  I trained as a Medical laboratory technician, and have not been formally trained in art.  As a teenager, and with my Father’s input, I worked on drawings at home.  These efforts, I entered in junior competitions and often won a placement.  While at university, I tried my hand at murals, and learned how to scale things up and down in size.  I really did not view myself as a painter because I did not think I knew how to use colour.  I was frustrated that my pictures would not match what was in my head; so I did not pursue art as a career choice.

After my marriage, my husband encouraged me to take a painting class being offered.  I was interested this time because I had since seen work by Robert Bateman.  His style was along the lines of what I had always seen in my head and admired.  Anyway, after being told to mute my colours; what I came up with surprised both my husband and I. I have continued, with my husband’s support, ever since.  I have since taken workshops with John Seerey-Lester, Carl Brenders, Allan Hunt, Robert Bateman, Daniel Smith, Jan Martin McQuire and Terry Isaac; all of whom are both great painters and great teachers.

I am often called on to teach workshops, and art project classes. My work has been in shows across the United States and Canada in such places as New York, Ottawa, Lloydminster, Edmonton, Calgary and Vancouver; as well as being in a yearlong Cross Canada show with Canadian Wildlife Habitat; and I was also the artist in residence in February 1999 for the Barr Colony Heritage Center and “Education through Art Society” My work is in collections across Canada, The States and overseas.

CAREER HISTORY:
-Has painted for over 20 years
-Works primarily in Acrylic, but also in Gouache and oil.
-Teaches art workshops to children and adults, and go pro-bono into schools to work with teachers on art projects

I have now been painting seriously since 1990; fitting it around our Family Grain farm. I like to work in oil, acrylic and gouache, which have the strong colors I prefer to use.  I find they work well for painting Nature and Landscapes, my favorite subjects to paint.

My approach to painting my images tends to be a bit of” By Gosh and by Golly”, lots of research, and tons of reference photos, to get my details right.  The end result is a by-product of what I saw out on my travels, and the artistic vision of what is in my head.

I have yet to do a painting that I think exactly measures up to what I was attempting, but what is life without challenges?  The world is an interesting place, with lots of wonderful things to see and explore; I try to capture this attitude in my work.  There is a definite “nothing ventured nothing gained” approach to how I do things.  Being self-taught, has freed me from the “you can’t do this”, or the “you can’t mix that” that formal training would have given me.  There is a real sense of freedom when I try my hand at another challenge.

My favourite fall back quote, when I’m a little nervous about what I’m trying; comes from Robert Bateman….”If you painted it once, you can do it again!”  Very freeing, if you are trying an effect you are not sure will work! 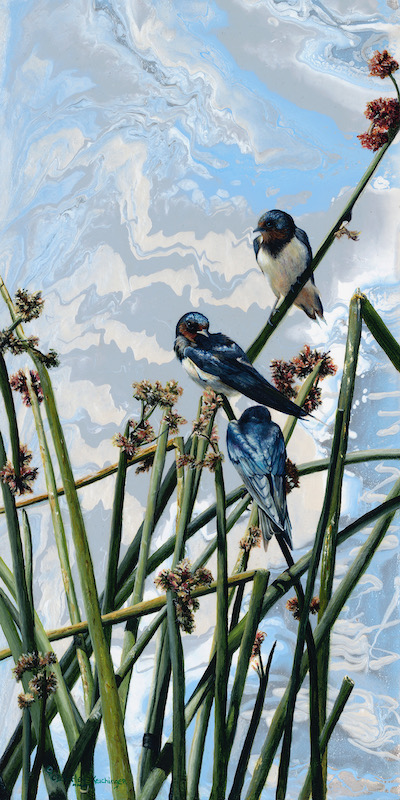 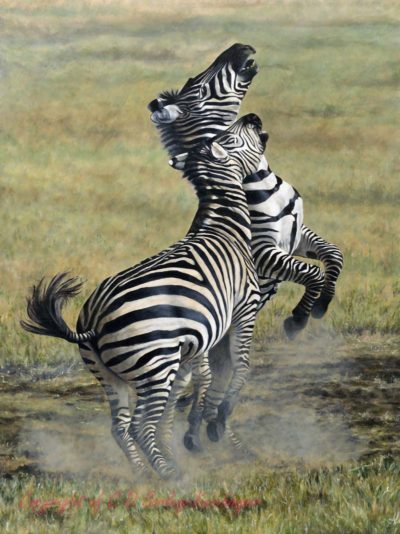 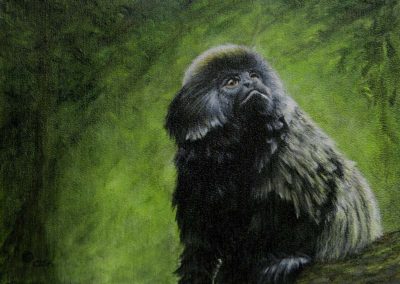