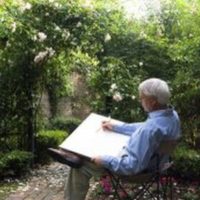 Donny Finley grew up in the small town of Millerville, Alabama.  He became known for painting the life he knew in rural Clay County.  In the thirty years he has been painting, Finley has relished trying new experiences and conveying these experiences through his paintings.  He has spent time in the coal mining towns of West Virginia, swamps of Louisiana, the lush countryside of Ireland, cosmopolitan New York City, romantic Paris, along the rocky coastline of New England, old world Venice, and other parts of Italy.  One summer he traveled up and down the Mississippi River.  But it is not just the places he has been but the people that have been a part of his life that have fascinated him.  His relationship with his grandmother is well documented in his paintings.  Now though the scope of material he uses for subject matter has broadened with his travels, and though his painting techniques are continually evolving, one can still sense the relationship between subject matter and artist in his paintings. Donny now resides in Birmingham, Alabama with his wife Janet and their three daughters. Included in the more than seventy awards Finley has won are the Larry Quackenbush Memorial Award from the American Watercolor Society in New York, the Walter Biggs Memorial Award from the National Academy of Design in New York, the Strathmore Award from the National Watercolor Society in California, and the Charlotte Livingston Award from the Salmagundi Club in New York. 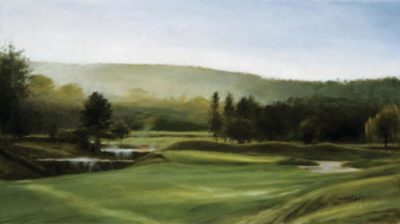 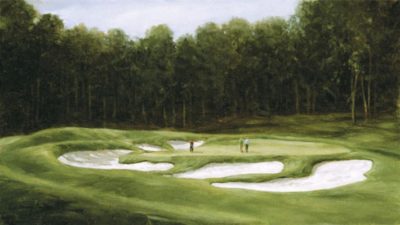