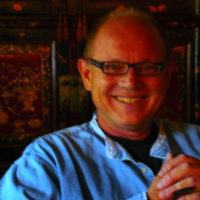 Born in Lloydminster, Saskatchewan in 1956, Grant Leier studied at the Alberta College of Art in Calgary (1974-78) before honing his skills further at the Illustrator’s Workshop in New York (1978). It was here that Grant became fascinated with pattern and decoration. A proficient painter, Leier has had numerous solo exhibitions in Canada and California and has been featured in important group exhibitions in public and private galleries. His work is represented in many corporate and private collections including the Alberta Foundation for the Arts, Public Archives Canada and Chevron Canada.

Grant feels a need to create intense color, pattern, and a sense of celebration into everything he paints and wants his images to evoke feelings of well being and goodness.

Grant Leier once compared himself to a crow who sets out to collect the most beautiful and colorful objects it could find. His whimsical and wonderful art works are technically perfect and his sense of design complete. His love of pattern and his proficiency of hand make him a master at illustration. This, a quick wit, and a quirky sense of humor combine to makes works that both titillate and excite the viewer.

Combining found objects, odd photographs and other imagery with a symphony of patterns and designs, Leier collages his images and ideas by both painting and drawing them together into a story-like setting. Monkeys or people or even fruit and flowers are intertwined into a world of both fantasy and reality. He takes his everyday life and creates his playful realms full of beautiful colors and forms both for himself and his viewer.

The combination of design, bold colours and interesting imagery excite the viewer and cause them to react to the works in a positive and joyful manner. Leier works in bold, bright acrylics with festive and decorative colours often framing the works with patterns of ornamental designs. These works are flamboyant expressions of fabricated realities. These often sentimental recreations can elicit nostalgia in the viewer and sometimes embellish memories of times gone by.

Leier sets the stage, poses the actors and tells his story and the stage sets are always sublime.

Grant Leier now lives in British Columbia with his wife, also an artist, and their son. 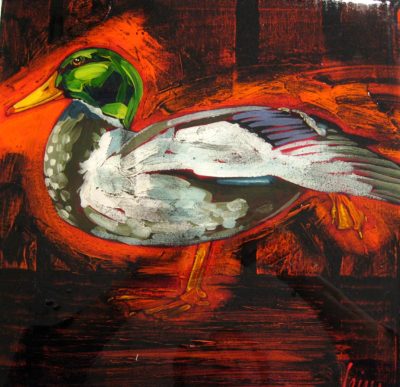 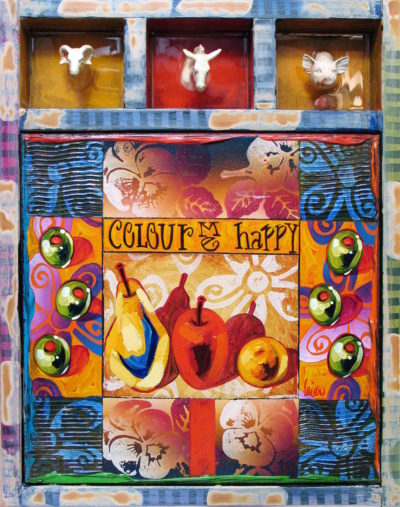 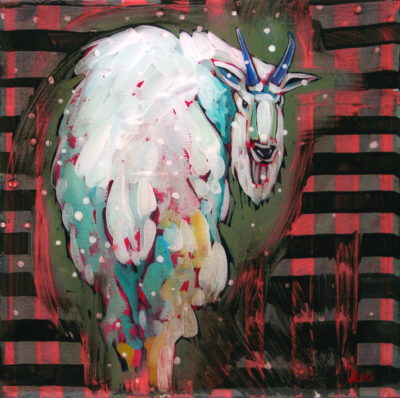 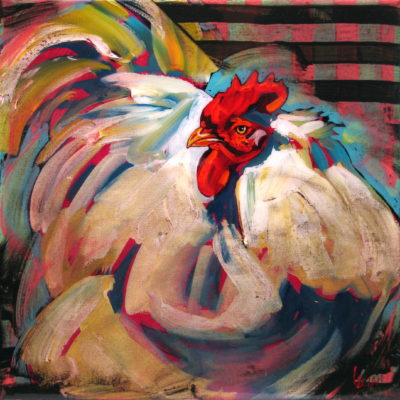