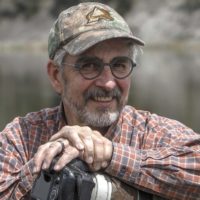 The son of the artist Tom Beecham, Greg grew up hunting, fishing, observing nature and learning to draw—always aware of a yearning to follow in his father’s footsteps. He remembers standing for hours with his dad, studying the movements of whitetail deer in the woods behind their home.

His dream of studying full-time with his father had to be postponed until Greg completed a tour in the U.S. Navy. He enlisted as a hospital corpsman and served on the Guided Missile Destroyer the USS John S. McCain, which sailed home from Vietnam just six days after Beecham reported for duty. Finally, in 1978, after a few years at Southern Oregon State College, father and son dedicated themselves to developing Greg’s fine art career. At an art show in 1985, Beecham was further inspired by Bob Kuhn, who gave me “permission,” as Greg puts it, to play with paint. Since then, Beecham has won many awards for his fluid unions of animal and environment, including Best of Show, People’s Choice and Artist’s Choice awards at the C.M. Russell Auction; Best of Show, People’s Choice and Featured Artist honours at the Pacific Rim Wildlife Art Show, and the Wildlife Art News Award at the Society of Animal Artist’s Art Exhibition. He was just asked to be special guest artist at the ‘99 Southeastern Wildlife Exposition. In addition, Beecham’s artwork has been exhibited in the Museum of Natural History in Beijing, China and is in the permanent collection of the Leigh Yawkey Woodson Museum and the Clymer Museum in Ellensburg, Washington.

A devout Christian, Greg Beecham honours the beauty of creation while raising his children to become productive, caring people and remaining a loving husband to his wife of more than twenty years. “I try to create interesting compositions, complimented by dynamic color harmonies, light and value,” he says. “My motto? Do all things unto the Lord and get so good you can’t be ignored.” 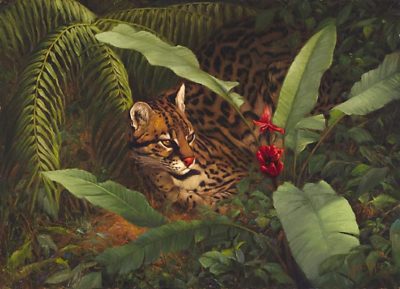