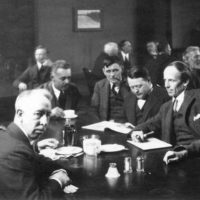 Biography of
Group of Seven

The Group of Seven was a group of Canadian landscape painters in the 1920s, originally consisting of Franklin Carmichael, Lawren Harris, A. Y. Jackson, Frank Johnston, Arthur Lismer, J. E. H. MacDonald, and Frederick Varley. Tom Thomson was also associated with the Group, but was never an official member, since he died before the Group was formed. Emily Carr was inspired and admired by the Group, and was invited to take part in art shows—a radical invitation for a woman at that time—but Carr was also never an official member. The Group of Seven was strongly influenced by European Impressionism of the late Nineteenth Century in the Montmartre district of Paris.

Thomson, MacDonald, Lismer, Varley, Johnston and Carmichael met as employees of the design firm Grip Ltd. in Toronto. In 1913, they were joined by A. Y. Jackson and Lawren Harris. They often met at the Arts and Letters Club of Toronto to discuss their opinions and share their art. The group received monetary support from Dr. James MacCallum. MacCallum owned land on Georgian Bay and Thomson worked as a guide in nearby Algonquin Park, both places where he and the other artists often travelled for inspiration.

This informal group was temporarily split up during World War 1. A further blow to the group came in 1917 when Thomson died while canoeing in Algonquin Park. The seven who formed the original group reunited after the war. They continued to travel throughout Ontario, especially the Muskoka and Algoma regions, sketching the landscape and developing techniques to represent it in art. In 1919 they began to call themselves the Group of Seven, and by 1920 they were ready for their first exhibition. Prior to this, many artists believed the Canadian landscape was either un paintable or not worthy of being painted. Reviews for the 1920 exhibition were mixed, but as the decade progressed the Group came to be recognized as pioneers of a new, Canadian, school of art.

After Frank Johnston left the group in 1921, A. J. Casson seemed like an appropriate replacement. Franklin Carmichael had taken a liking to him and had encouraged Casson to sketch and paint for many years beforehand. A. J. Casson was invited to join in 1926, and accepted.

The Group’s champions during its early years included Barker Fairley, a co-founder of Canadian Forum magazine, and the warden of Hart House at the University of Toronto, J. Burgon Bickersteth.

The members of the Group began to travel elsewhere in Canada for inspiration, including British Columbia, Quebec, Nova Scotia, and the Arctic. These painters were the first artists of European descent who depicted the Arctic. In 1926 A. J. Casson joined the group which soon numbered ten members with the additions of Edwin Holgate and LeMoine Fitzgerald.

The Group’s influence was so widespread by the end of 1931 that they no longer found it necessary to continue as a group of painters. At their eighth exhibition in December of that year they announced that they had disbanded and that a new association of painters would be formed, known as the Canadian Group of Painters. The Canadian Group held its first exhibition in 1933. 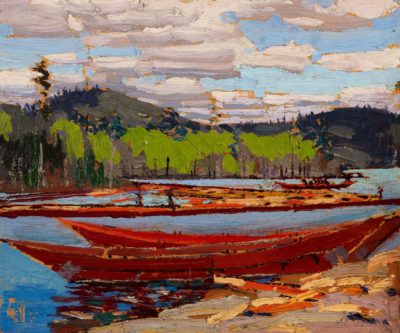 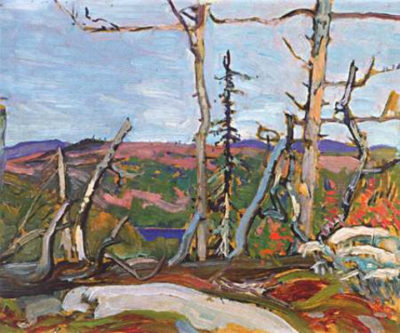 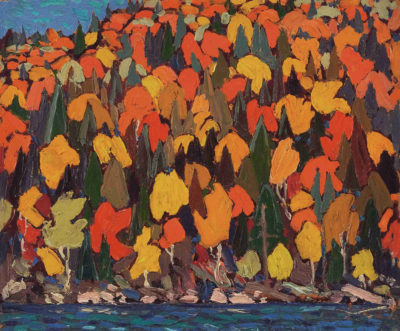 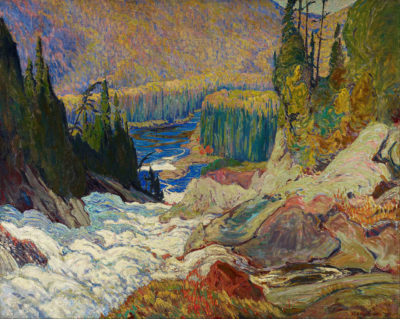