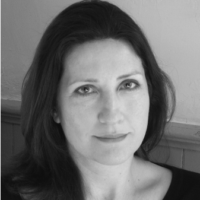 Holly Carr has become widely known for her unique style of silk painting. Her bold satirical images explore everything from human interactions and social stereotypes to her love for the natural world. Holly’s sense of humor underlies all of her work pointing a finger at the absurd as well as the touching. Not one to be constrained Holly also explores outside of the two dimensional world of the framed painting. Huge installations of multi banner sculptures arranged three dimensionally in space are as well part of Holly’s repertoire. In 2003 Holly’s largest project to date the “Terrarium” was installed in the Nova Scotia Museum of Natural History, a 25’ diameter and 20’ high environment depicting the natural world. Holly has also ventured into theatre, beginning with designing for “Little Lame Prince” and “When Dinosaurs Dine by Moonlight” both of which were productions of Mermaid Theatre of Nova Scotia. Ever exploring Holly took these experiences and painted live with an adlibbed monologue in Will Power Theatre’s production of “Private Views” performed live in the main gallery of the Art Gallery of Nova Scotia, where her dialogue with the audience was woven into a painting she created on the spot as well as the three one act plays taking place in the gallery space. Holly has performed with numerous musicians including a cross Canada tour with writer storyteller Stuart Mclean and the Vinyl Cafe. During these events Holly paints live on large vertical panels of silk. Recently Holly was invited to perform in Singapore, with world renowned violinist Min Lee, as well as performances in Ottawa where she painted with the National Art Center Symphony. Holly’s first children’s book “What is Pink” an illustrated poem by Christina Rossetti, Rubicon Publishing, has just been released. Holly’s most recent solo exhibition “Couplings” was at West End Gallery in Edmonton Alberta. In conjunction with this group of work there will be an article published in “Peinture Sur Soie” Lyon, France.
Holly is a graduate of the Nova Scotia College of Art and Design, her work is in numerous private and public collections. 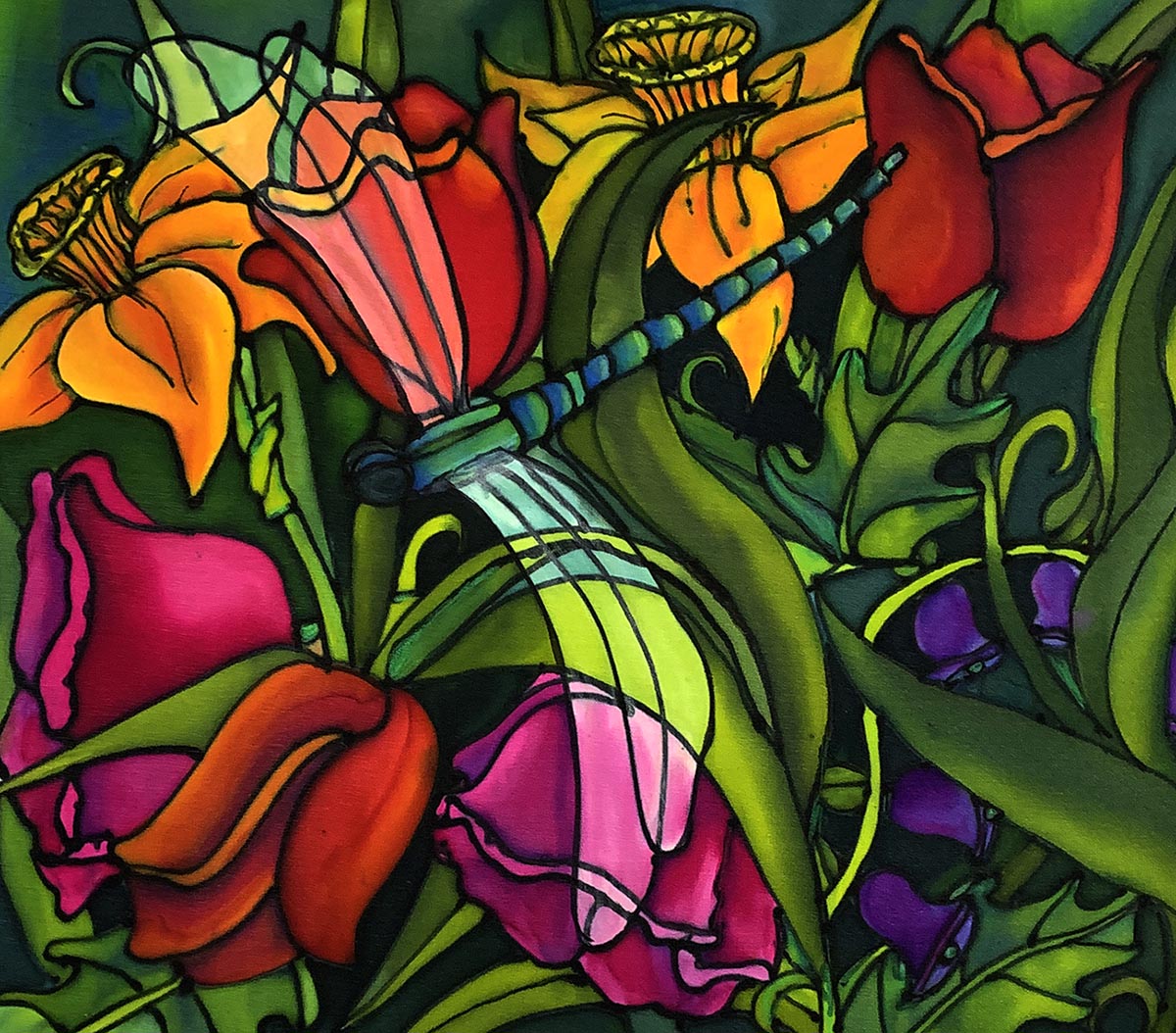 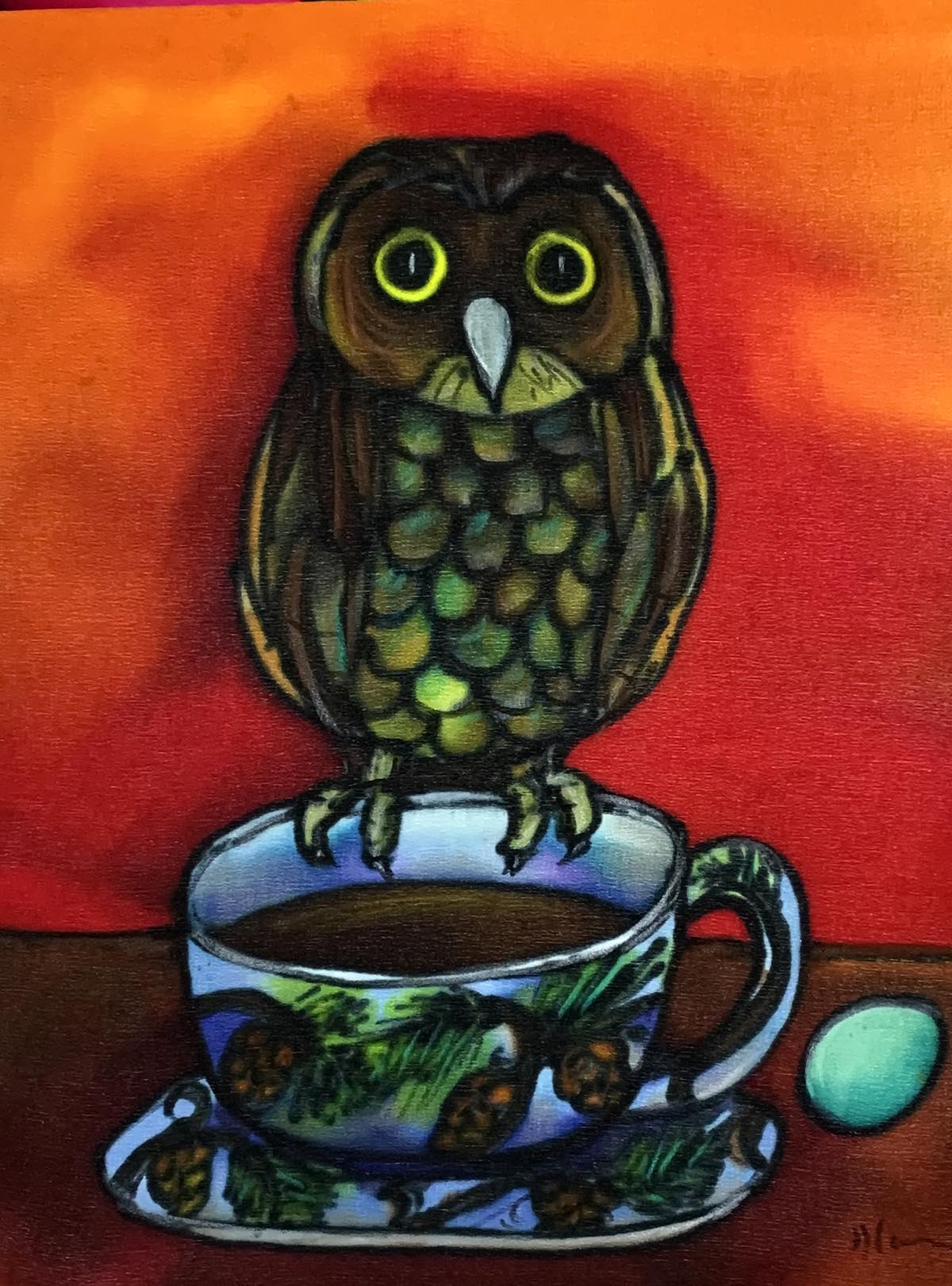 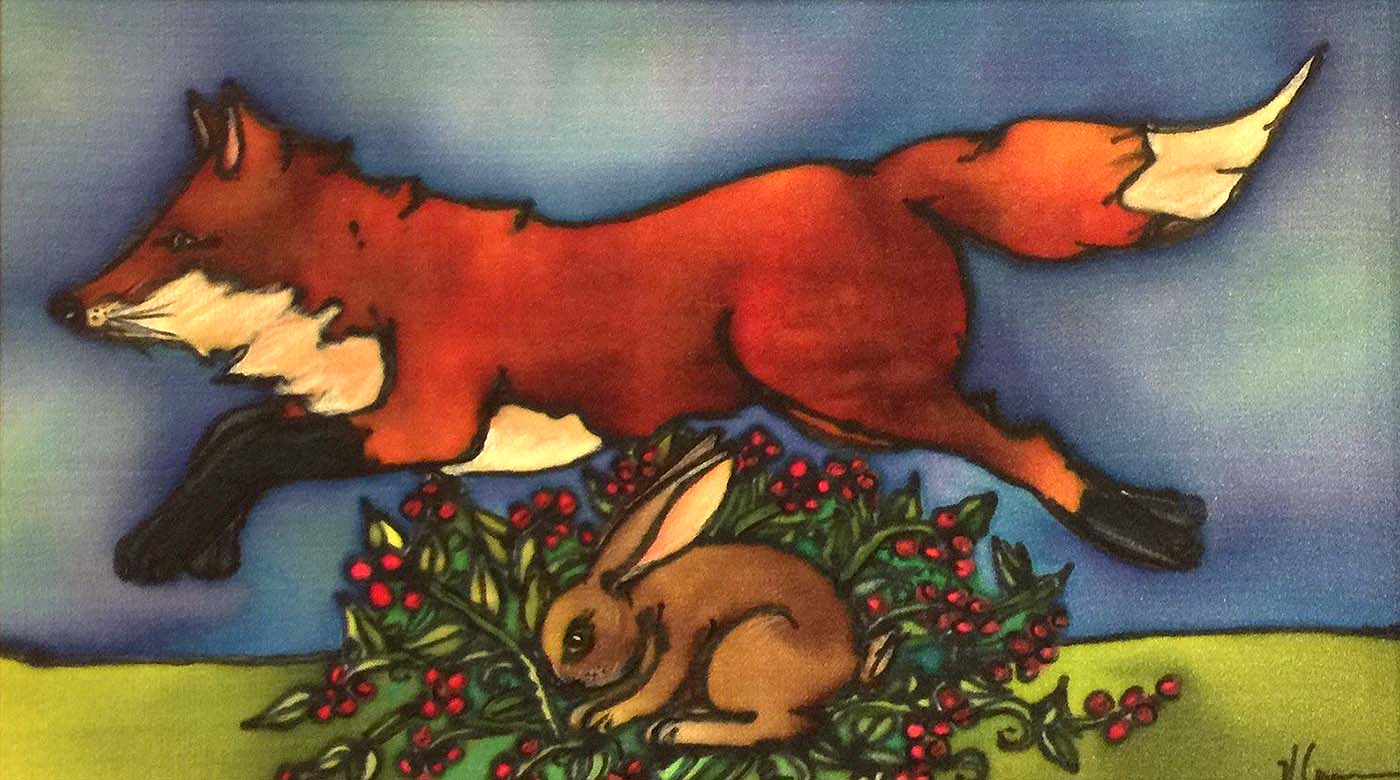 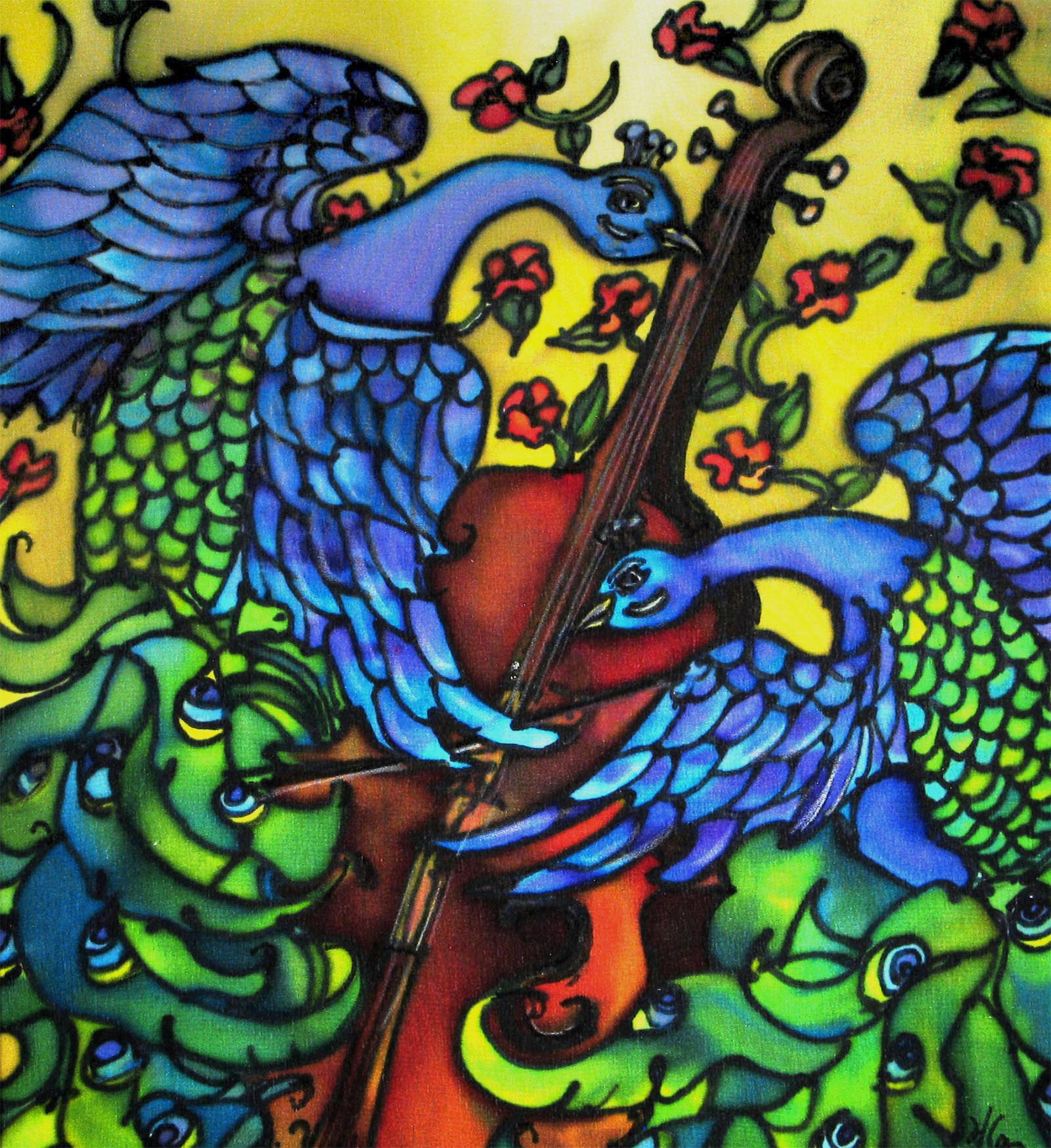