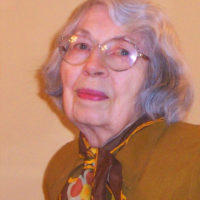 Isabel Levesque was an Edmonton artist known for her painterly, realistic interpretations of the Alberta landscape and old time harvest.  She  had extensive post-secondary education at the University of Calgary, Alberta College of Art and the Banff School of Fine Art.  Her work is carried out in many different sizes, ranging from small watercolours to large canvases in acrylic and oil.  During the last few years the artist  included wildlife and western (cowboy) subject matter in her paintings.

The Alberta government s purchased a number of Levesque’s pieces over the years, and also appointed her to a term on the Alberta Art Foundation Board, at which time she served as chairperson of the Northern Alberta Acquisition Committee.  Her work was included in a collection of Alberta paintings sent by the government to tour Europe and the United States.  The city of Edmonton chose two of her watercolours to present to Princess Margaret on the occasion of Alberta’s 75th anniversary.  In Calgary one of her paintings won the top purchase prize award from Gulf Oil in a contest sponsored by the Alberta Wildlife Association.  Isabel also won the First of Province Game Bird Habitat Stamp-Print fundraising project in 1989.  In 1994 one of her landscapes was selected by the CAE corporation to be reproduced on the 1995 calendar, representing western Canada.  A mountain landscape by Levesque was chosen by the Rendez-Vous Canada committee to be made into a limited edition print, used for presentation to travel delegates from all over the world. 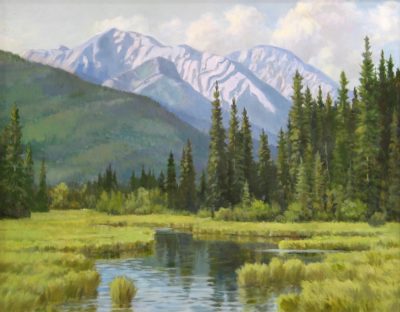 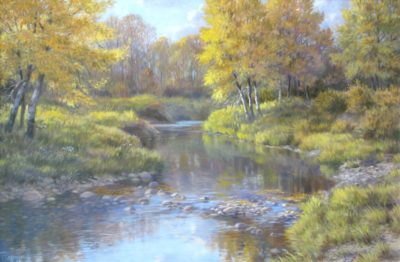 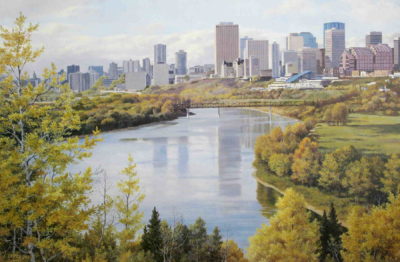