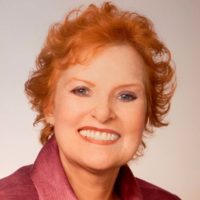 Joan was born and raised in Winnipeg, Manitoba and during one of her frequent trips to the Winnipeg Art Gallery with her mother and twin sister, Van Gogh’s paintings of “Sunflowers” and “Crows in the Corn Field”, made a lasting impression. These influences of the early Expressionists such as Van Gogh and Gaugin and the Symbolist, Redon, continue to inspire her. Further influenced by the color field painters of the 1960’s such as Helen Frankenthaler and Morris Louis, Joan’s paintings are lively, gestural compositions of form and movement.

Joan’s sculpture pieces reflect her interest in the works of the Old Master sculptors such as Rodin and Camille Claudel and modern-day sculptors, Glenna Goodacre and Tim Cherry.

Joan’s Fine Art study began at David Thompson University in Nelson, B.C. She spent one year at the University of Alberta and completed her Bachelor of Fine Arts Degree at the University of Victoria under the tutelage of Advisor, Doug Morton of the “Regina Five”. She has also studied portraiture with Doolee MacDonnel of Trail, B.C. and watercolor with Les Weisbrech of New Denver, B.C. Joan learned the old world traditional techniques with a classical emphasis from Jean Birnie at Artistically Speaking in Edmonton, Alberta.

Joan taught drawing, painting & sculpture at Artistic Statement Gallery & School of Fine Art In Victoria, B.C. for 32 years. She closed the school and moved to Edmonton, AB in July, 2018. 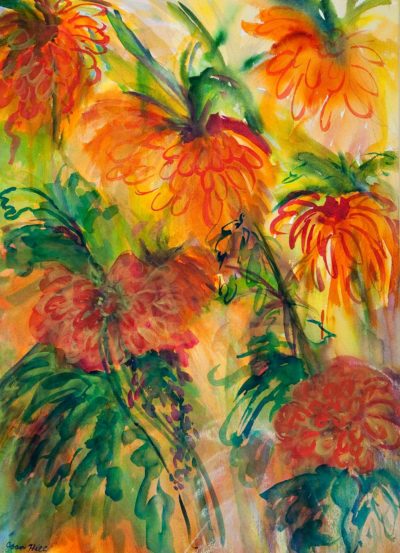 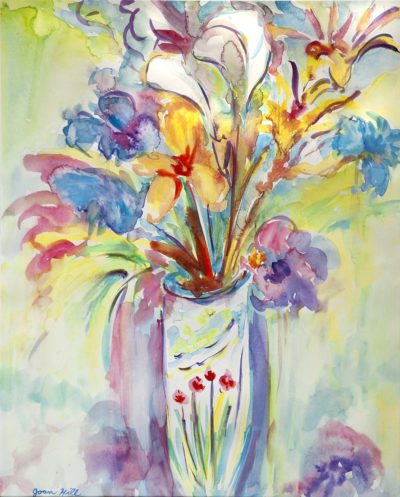 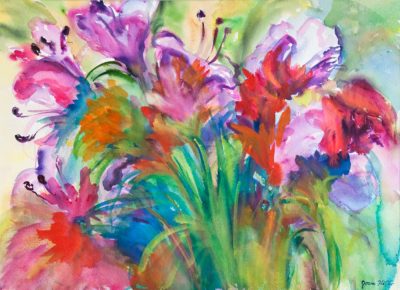 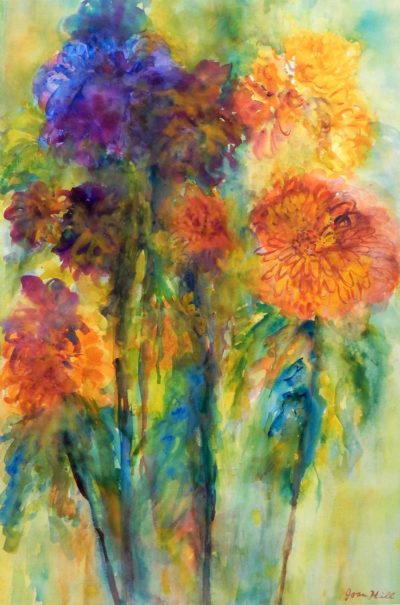