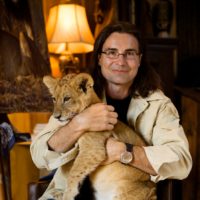 John Banovich is among the most renowned wildlife artists in the United States, whose art is also appreciated by numerous international collectors. He specializes in large oil paintings of African game, but his subjects cover all continents of the globe. Banovich is talented, prolific and dedicated – both to his art and to preserving the wild places where the animals live.

John began sketching images of wildlife while growing up in the copper-mining town of Butte, Montana. As a youth, he painted animals on antlers and fashioned them into bolo ties, earrings and belt buckles. These were inspired by the elk, deer, and other wild animals that his father hunted. At the age of ten, he sold his first oil painting.

In 1982, Banovich entered the University of Montana, intending to double major in zoology and art. However, when he discovered that abstraction was encouraged more than realism in his art classes, he left the school and moved to Seattle, Washington. He received a degree from the Art Institute of Seattle in graphic design in 1987. In the late 1980`s, capitalizing on years of competitive body building and power lifting, Banovich began working as a personal trainer and fitness expert.

It was nonetheless at this time that he renewed his interest in wildlife and began again to paint. In 1993, as a virtual unknown, his miniature oil painting of two lionesses won the “Best of the Show” in Seattle`s Pacific Rim Wildlife Art Show. After tremendous press coverage and signing with a publisher, he found the confidence to pursue art full-time. After selling his training business, he embarked on a safari to the Okavango in Botswana and fell in love with Africa`s wildness.

“Africa moved me beyond words. I wanted to soak it up – every last drop –
its enormous diversity, extreme beasts and ancient rhythms. It ignited a fire
in my soul and I knew I would never be the same”

Over the years, Banovich has worked with a variety of organizations, raising thousands of dollars for conservation and humanitarians causes. This important artist hopes that his art will inspire us to protect our wildlife and ensuring its survival.

John Banovich is an award-winning member of the Society of Animal Artists and his work is published by Banovich Fine Art Editions. He currently lives and works outside of Livingston, Montana in the beautiful Paradise Valley, taking frequent trips into the wild. 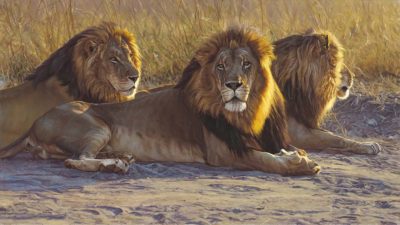 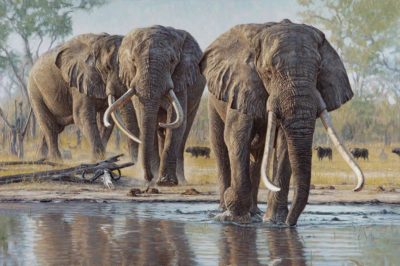 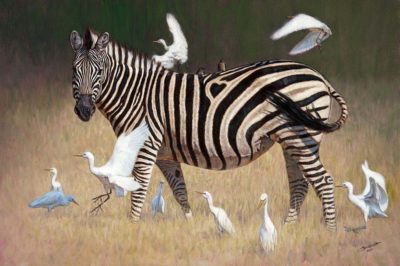