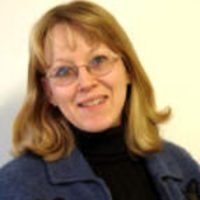 Judy is a country girl who grew up on her parent’s farm in the Barrhead, Alberta area and married a grain farmer when she was 19 years old. They now live just west of St. Albert, Alberta, on her husband’s family farm with their two children. As a young child, she would spend hours coloring and drawing on whatever she could find. It was during a high school art class that she first picked up a brush and has been painting ever since. She is a self-taught artist, who began to learn to paint by copying photographs, first with oils, but not long after she began working with acrylics. It was this long process that helped to achieve a recognizable style in her work.

Schafers has won many local awards and several patrons have begun collecting her paintings in recent years. In 2004 she was commissioned by Alberta Environment to design and paint a painting for the 2005 Environment Week poster depicting the Alberta Grass Emblem, Rough Fescue. Working out of her home studio has allowed her to be available to her family as well as tend to her passion for art. Judy Schafers continues exploring and scouting out new inspiration in the worlds that surround her, indoors and out, in gardens and country sides.