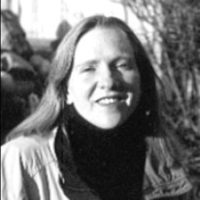 Fascination with the natural world, led Kerri Burnett to study both Science and Art at the University of Alberta and complete a Bachelor of Fine Arts degree with distinction.

Kerri has made numerous contributions to the national Ducks Unlimited program and in 1997 had the honour of designing Wildlife Habitat Canada’s Federal Duck Stamp. Kerri has designed numerous coins for the Royal Canadian Mint. Her work has juried in to both Wildlife: The Artist’s View and Birds In Art at the world-renowned Leigh Yawkey Woodson Art Museum in the United States. Kerri also successfully participated in the Christie’s 1996 Wildlife Art Auction in London, England. She is a signature member of the Society of Animal Artists in New York.

Most often she works with water-based oil paint and her original works are exhibited at Art of Man Gallery in Lake Louise, and PictureThis Gallery in Sherwood Park.

Kerri experienced a disabling stroke in 2010 and now completes her artwork with her non-dominant (left) hand. Kerri resides with her husband and three Black Russian Terriers in Sherwood Park, Alberta.

EDUCATION: BFA with distinction (U of A), B.E.D. 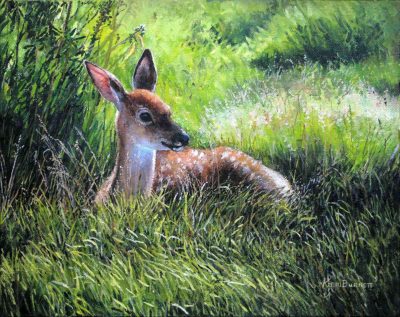 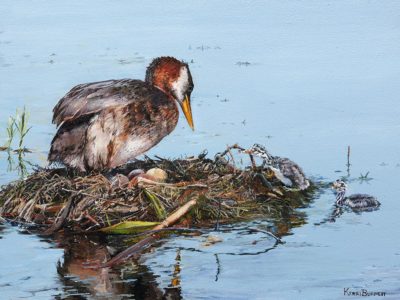 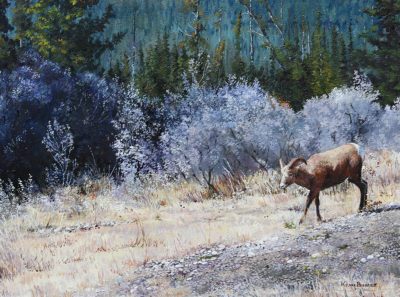 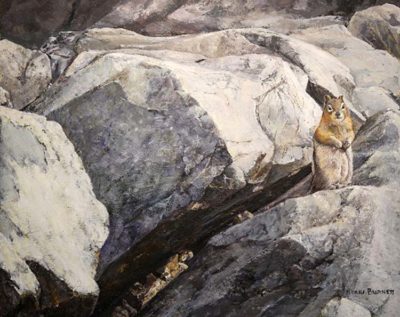