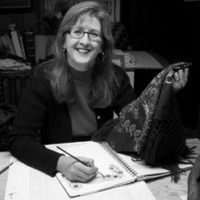 The impact of Larisa’s art has reached deeply into the community. Dramatic imagery, combining reflections with poignant social statements on relevant historical moments, environmental beauty, cultural influences and identities, has brought her international attention and acclaim.  Her works can be found in collections across Canada, throughout South America, Australia and Europe.

Larisa recently returned to university life and has enrolled in a Masters’ program in Ukrainian Folklore in the department of Modern Languages and Cultural Studies at the University of Alberta, specializing in material culture (textiles). Her research will culminate with an exhibition of new works in the spring of 2016.
Artist’s Statement
“Painting is my way of storytelling. I create images that are inspired by the things I see, read and experience. My strongest sources of inspiration come from music and dance, as well as the brilliant colour schemes and symbolic items from my love of gardening and my Ukrainian heritage.

True to the influence of my grandparents and parents, I am also an innovator. I love to experiment with the mediums I use to stretch the boundaries of watercolour; exploring unusual compositions and the sculptural/textural qualities of the paints and paper that I have on hand.” 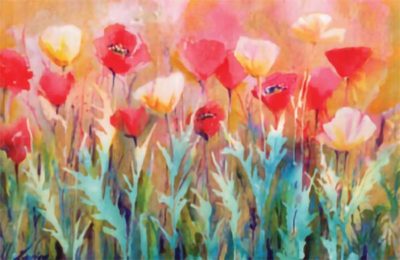 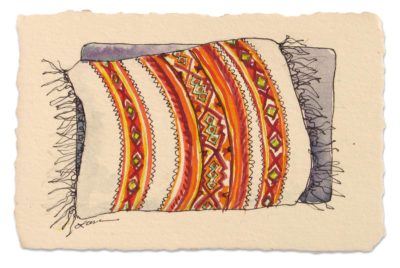 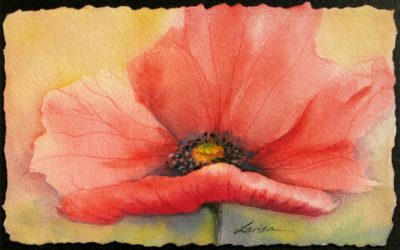