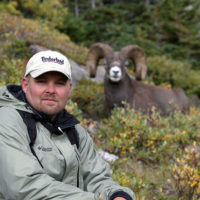 Luke Frazier grew up hunting and fishing in the mountains of northern Utah. These early forays into nature instilled a kinship with the wildlife, and a passion for the outdoors. As a child he spent hours scribbling, sketching and sculpting wildlife. Later, his formal art training occurred at Utah State University, where he earned a Bachelors of Fine Arts degree in painting and a Masters of Fine Arts degree in illustration.Every year, Frazier travels through Alaska, Canada, and the American West painting and photographing animals in their environment. His love of fly fishing and hunting is apparent in his work. Influenced by the art of Winslow Homer, Edgar Payne, Bruno Liljefors, Wilhelm Kuhnert, Carl Rungius, and Bob Kuhn, Frazier appreciates the strength of drawing, color and emotion put into their art work. 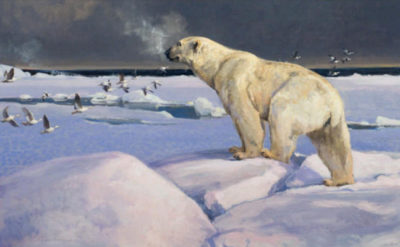