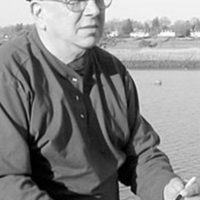 The work of Paul Landry can brighten a room by its presence alone. Romantic images of flower-filled seaside gardens, cozy cottages, and ocean shores, the paintings are bright and airy and filled with lush colors.

One of the most popular nostalgia artists in the U.S., Landry was born on the coast of Canada, in Halifax, Nova Scotia. The grandson of two sea captains (one Scottish, the other French), it was inevitable that he, too, turned to the sea as he grew older, working with fishermen on the banks of Nova Scotia and helping them pull up their nets and traps. Never far away were his sketchpad and camera. “I believe that you have to know your subject to paint it well,” he said. “Spending time on the sea has allowed me to know its many moods.”

By the time Landry was seventeen, he had gained apprentice status as a photoengraver. He started working his way through the Nova Scotia College of Art and also attended the Art Students League in New York City. Shortly afterward, he took a brief sabbatical to paint the sea and the people who make their living from it.

Finally Landry settled in Connecticut, where he taught at Westport’s Famous Artists School and wrote the popular textbook On Drawing and Painting. He lived near the shore, enjoying the company of his wife and three children. He maintained an interest in sports car racing, and he liked to garden, play golf and walk with his dog. His second book, The Captain’s Garden: A Reflective Journey Home Through the Art of Paul Landry, was published to unanimous praise in 1996.

Landry’s paintings have a loyal and growing audience because they celebrate the spirit of life and bring back memories of halcyon days. “The sea, the villages that border it and the people who work it all hold a great fascination for me,” he said. “The quality of ever-changing stability makes the sea and coast unending sources of inspiration as they beckon my heart and hand.”

Paul Landry of Fairfield passed away peacefully surrounded by his immediate family on Friday, September 14, 2018, at 87 years of age. Paul’s memory will live on through his artistic legacy and the love he showed his family and everyone he encountered. 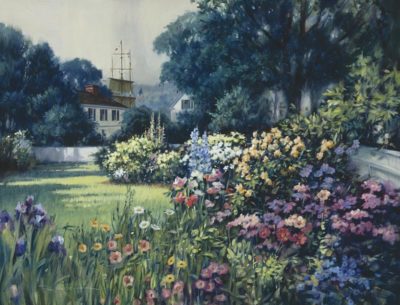 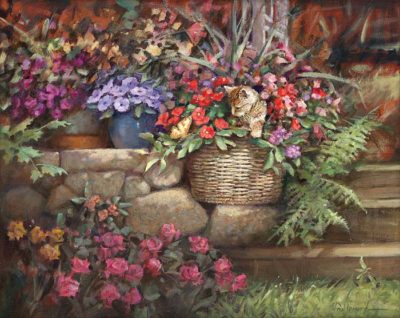 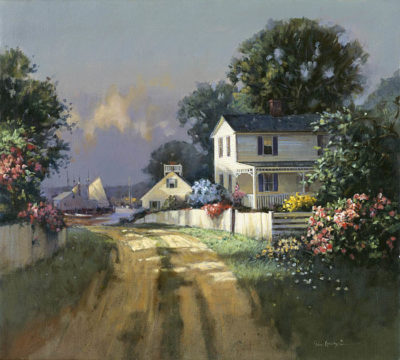