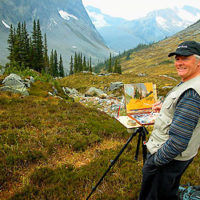 Peter Shostak was born and raised on a farm in northeastern Alberta. His early interest in art inspired him to major in art at the University of Alberta. In 1969, he obtained a graduate degree in Art Education and then took a teaching position at the University of Victoria. He remained there as Associate Professor of Art Education until 1979, when he decided to leave teaching and pursue a career as an artist, devoting all of his time to painting and silkscreen printing.

Much of Shostak’s art reflects his memories of growing up on the prairies during the late forties and fifties.

Shostak’s most ambitious project, to which he devoted five years of painting, was completed in 1991 with the unveiling of his series “For Our Children”. These fifty large oil paintings, which portray early pioneer settlement in Western Canada (based on Ukrainian pioneer experiences), have been exhibited across Canada. In his life and his art, Peter Shostak depicts what it means to be Canadian. He honours the memory of all our past lives.”

In 2003, Peter Shostak received the Queen’s Golden Jubilee Medal in recognition of his outstanding exemplary contribution to Canada.

Most major cities in Canada have repeatedly hosted exhibitions of his work over the past several years and he has completed many commissioned paintings and serigraphs for individuals, organizations and major corporations.

After living in Victoria for thirty-six years he recently moved north on Vancouver Island to Courtenay, BC. He frequently returns to his native Alberta to photograph and refresh his mental images of prairie life and landscape. 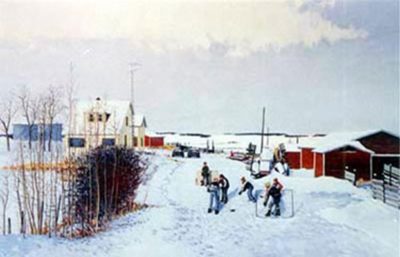 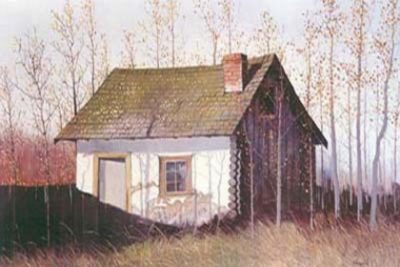 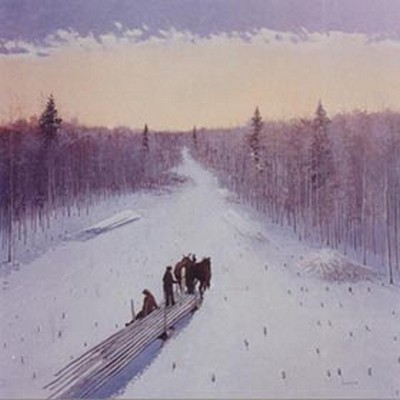 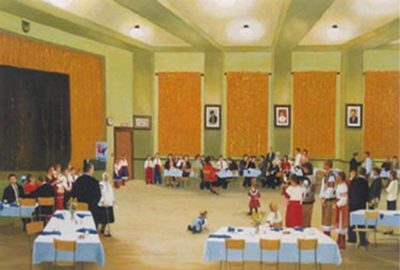