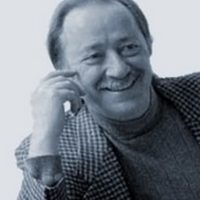 Pino Daeni, born Giuseppe Dangelico, in Italy, on November 8, 1939. Trained at the Art Institute of Bari, and later at Milan’s Academy of Brera, Pino perfected his skills painting nudes and figure studies heavily influenced by the pre-Raphaelites and Macchiaaoli.After establishing himself as a successful artists in his native land, Pino decided to emigrate to the United States, where he felt he would have more artistic freedom and opportunity. He was soon discovered by the distinguished Borghi Gallery, which gave several prestigious exhibitions for him in New York and Boston.

His early paintings featured soft romantic characters, mostly women dresses in flowing skirts and dressed; and these caught the attention of both Dell and Zebra Book Publishers. During most of the next two decades, his Romance Period, Pino’s oeuvre was marketed by hundreds of book covers painted by artists such as Danielle Steele, Sylvie Summerfield, and Amanda Ashley. Using a then unknown Italian model named Fabio, Pino struck a chord that is still resounding today.

Always underlying his success as a commercial artist, was his desire to express his own thoughts and emotions, Years later, we see these images brought to life in Pino’s original oils on canvas, giclée and serigraphs published exclusively by Collectors Editions.

Pino’s canvases elicit feelings of warmth, nostalgia, love and family. His paintings are often set on vibrantly sunny beaches, typically in the Mediterranean where he grew up. His alter ego., A young boy surrounded by beautiful women, (his sisters, aunts and cousins), are found in various states of emotion ranging from adoration to isolation. Many of Pino’s characters are also found frequently inhabiting sensuous boudoirs or dressing rooms, in anticipation of their husband or lovers.

Pino’s technique, his warm and exciting colors, and the subtle, but simple approach to his subject, are his trademark, his talent, and the reason why his paintings and limited editions are in growing demand throughout North America, and appreciated by collectors throughout the world.

Pino passed on May 25th, 2010. Pino was an immense talent who will be greatly missed. His talent was surpassed only by his character and his passion for life and for his family. 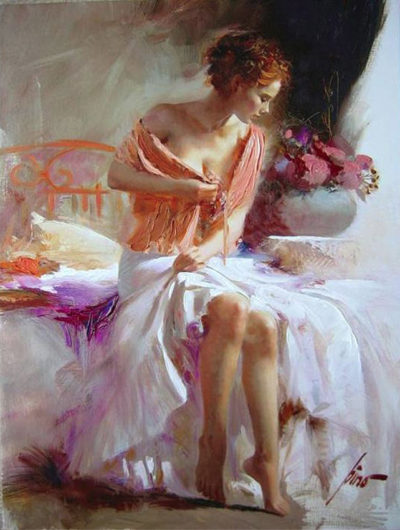 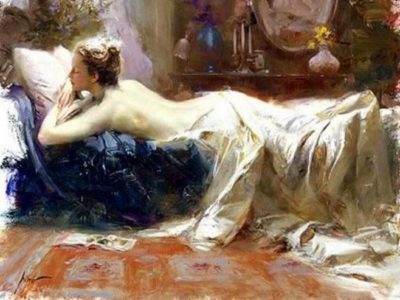 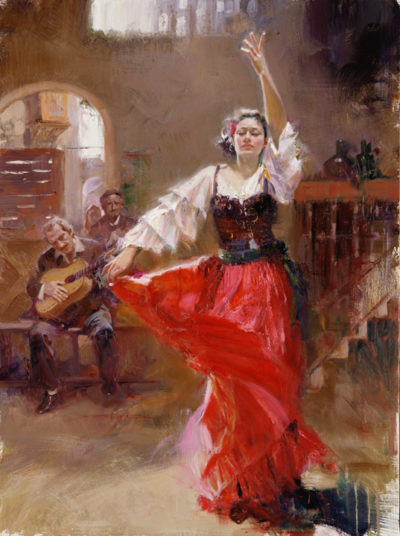 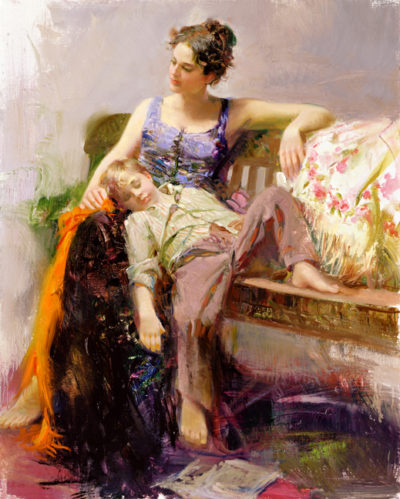