Rachelle Siegrist and her artist husband, Wes, paintings typically measure less than nine square inches and appear even more detailed when viewed under magnification. Siegrist’s paintings are easy to spot in a show.  They’re tiny!  You have to get really close to see their compositions.  And viewers do just that with magnifying glasses provided by the artists in hand.  The Siegrists’ paintings beg closer inspection and reward those who do with refinement that finds viewers saying “Wow” and “You’ve got to see this!” to those beside them.  The Siegrists have been hailed as some of the finest living practitioners of miniature art.  They currently have an unprecedented, history–making touring exhibition of their miniature paintings traveling to museums around the United States.

The Siegrists are Signature Members of the Miniature Artists of America Society (MAA) and are Distinguished Signature Members of the Society of Animal Artists (SAA).  Rachelle has received the SAA’s highest honor, The Award of Excellence, three times from the Society.  They reside in Townsend, Tennessee beside the Great Smoky Mountains National Park. 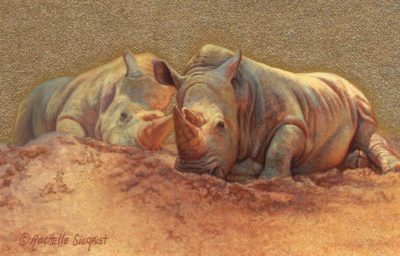 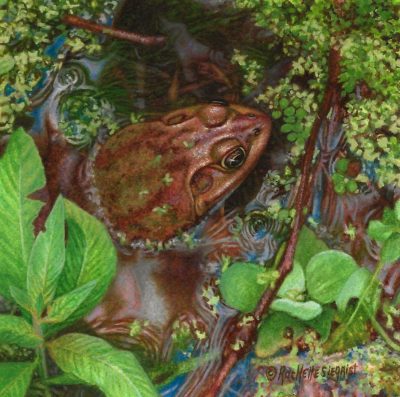 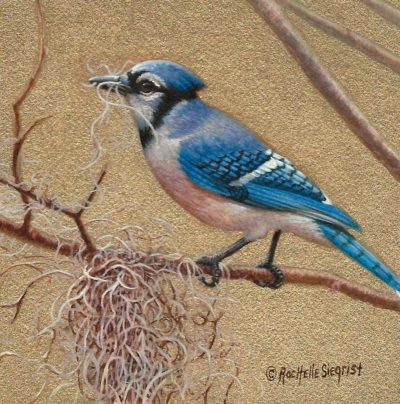