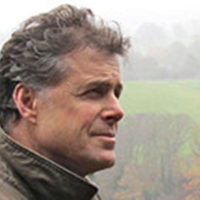 Imaginary Realist Robert Bissell creates a completely different atmosphere from our daily experience, inviting us to learn more about ourselves. In his paintings the world of animals is a mirror for human existence, self-definition and reflection.  These are not mere children’s tales – quite the contrary.  Bissell’s work causes us to reflect on the environment, life, death, renewal and the stages of transition – departing from the safety of family, and making our way in the world.

Bissell grew up on a farm in Somerset, England, where animals, Celtic legends and panoramic landscapes were part of his daily life. His keen interest in visuals began at an early age, documenting life around him through photographs. He would spend hours stalking wildlife on the moors close to his house to see how close he could get before they would sense his presence. But ultimately, country life was not for him and Bissell headed for the city to study art.

After earning his bachelor’s degree at the Manchester College of Arts and Technology, Bissell moved to London for post-graduate work in fine art photography at the Royal College of Art.

After completing his studies, Bissell spent four years traveling the world, working on cruise ships to pay his way. In 1982, after settling in San Francisco, one of his favorite ports of call he began working for The Sharper Image as photographer of its high tech merchandise.  For the next decade he moved up the corporate ladder, during what is arguably the companies most exciting time, to become head of the creative and merchandising divisions. In 1992, he left the company to start his own retail catalog company in Portland, Oregon, which was eventually sold to Readers Digest.

In 1995 he began to wonder if the long-term implications of the industry he was engaged in really fit his world-view. The catalogs he was producing wasted a great deal of paper with very little return. Trees destroyed for paper, most of which was just thrown away. The corporate world had also taken its toll.  Bissell missed art.  He decided it was time to explore the possibilities of telling people about nature and his view of it though painting. He had studied drawing in college and believed that it was simply a matter of wanting it – and teaching himself to paint.

“I had forgotten why I wanted to be an artist in the first place,” he said. “I wanted to get that back, and I am glad I did before it was too late.”

Pagans and Celtic Christians believed the natural world was the bridge that connected earth and spirit, with animals acting as spiritual intermediaries. Now, most people live in cities and suburbs, separated from that world. “Animals used to be involved with humans as messengers with magical functions,” he says. “Now they are our slaves for consumption and entertainment. I wanted to restore their role and give them a new voice.”

Since then he has devoted all this time to painting. He regularly exhibits in museums and galleries across the United States and Europe. Bissell hopes his paintings appeal to the intellectual child in us, reminding us of the mythic and universal human values in the tradition of the great heroic-quest stories. His work encourages us to reflect on nature, the roads we travel, and the choices we make along the way. His story encourages us follow our passions and have the courage to do what is meaningful to us – whatever that might be. 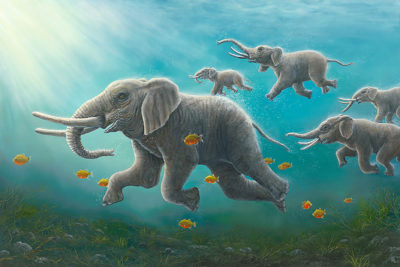 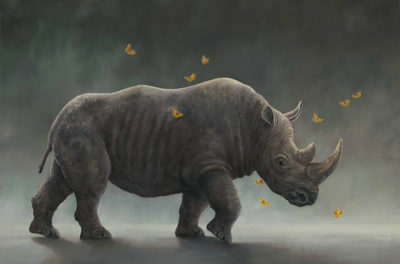 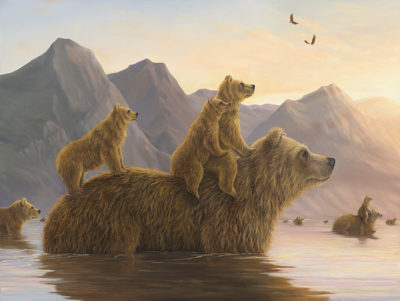 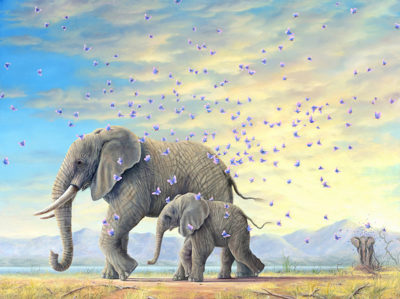