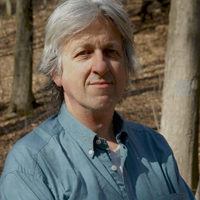 E. Robert Ross has been a full time artist since 1975, exhibiting primarily in Southern Ontario. He was born and raised in the Hamilton area, where he currently resides with his wife and two children. he also lived on Vancouver Island for many years.

He has had solo exhibitions at the Art Gallery of Hamilton; the Burlington Art Center; the Beckett and McNaught Galleries, Hamilton; and the Wellington Gallery, Aurora, Ontario.

His work is included in art collections locally, nationally, and internationally: i.e. Collection of President Bill Clinton; City of Itabashi, Japan; Canon, Japan; Patriarch of the Christian Orthodox Church, Bartholomew II; GTS Industries, France; Barclays’ Bank, Dofasco; K.P.M.G., and Saturn of Hamilton East. Ross also has large scale paintings in public spaces around the Hamilton area: i.e. the lobby of St. Joseph’s Hospital (Charlton St.); the lobby of the Juravinski Cancer Center; the office of the Dean of Medicine, McMaster University; the Head Quarter of the Royal Botanical Gardens; and the headquarters of the Hamilton Region Conservation Authority.

I have always enjoyed being outdoors; for hikes in local conservation areas, from wilderness adventures such as mountaineering, or canoe tripping. One is reminded that we, as humans, are a part of nature; and can learn from studying the natural world. This is the central theme of my artwork.

An early interest in the work of landscape photographers led me to a realistic style of painting, in acrylics. However, the most important part of painting landscapes, for me, is the symbolism of the elements, and the association one can imagine from the depiction of the scenes. I always hope to suggest “going beyond” the landscape. It is the underlying spirit of nature that ties the landscape together with our human existence. 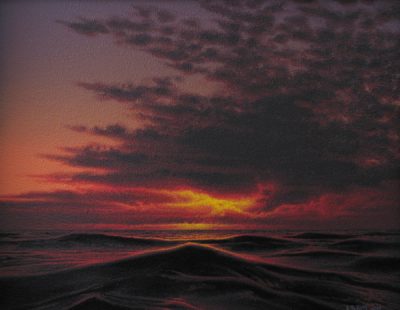