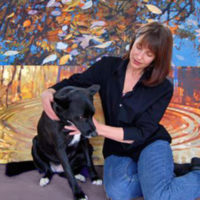 The artist subjects represent pattern, movement, texture, color and graphic elements. The paint is applied in a thick manner and from an angle the paint creates almost relief texture on the surface. Although her paintings are textural and abstract at close range they materialize as the realistic subject when the viewer steps back.

The artist describes her paintings as Abstract and Impressionist Realism. Sarah Waldron’s paintings are in corporate and private collections throughout North America and on Television sets such HBO series “Six Feet Under” and  “Jack and John” a 2008 series about the Kennedys. 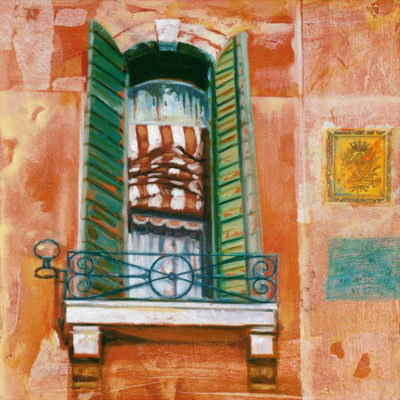