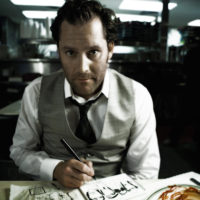 Born in 1969 in Texas, Todd White came from humble roots. During his twenties he relocated to the west coast and worked in the animation field, developing characters at some of the most renowned production studios in the country. As an artist, over time, Todd White has gained fame in the UK and the rest of the world, best known for his paintings of the Hollywood scene. All aspects are captured, including the high life in fashionable nightclubs and restaurants and the A-list stars!

Todd White art is very distinctive in style and concept. As Todd explains, It all started with my Mom who was a painter and probably my biggest inspiration and hero. My whole life art has taken care of me.

Todd White eventually moved to Los Angeles where he landed a job with Warner Brothers Studios and ended up working for Nickelodeon becoming the lead character designer of SpongeBob SquarePants. It was a fantastic gig to have. It was a dream job for a young aspiring guy because what pays the bills better than doing your craft every day. It allowed me to go home at night and keep pounding away at my paintings, he says.

During this period Todd White started to forge his artistic style by experimenting with style and concept. He eventually arrived at the working method that now guides him through every piece. Todd always names his pieces first, visualizes faces and personalities, then develops each person’s story. In fact, Todd White doesn’t paint at all until he can conceptually see that story in his head. And he always tells it as directly as possible – what isn’t necessary to the story doesn’t go on the canvas.

Todd White is an impulsive observer of detail, always studying and absorbing figures, faces and features. Subconsciously, he spends his life people-watching – scribbling down sketches whatever the situation (often on napkins, even tablecloths) to record an idea for his next work. Todd White’s paintings captivate people. They often invoke laughter and demand repeated viewings. By revealing his subjects’ innermost feelings Todd creates timeless scenes of attraction and intimacy. Beneath the exaggerated features and textured skin of his characters there is truth. Both theirs and ours.

Todd’s subjects come from the everyday world, but his perspective is so unusual that he alters the way we perceive people and the roles we play around each other. He studies body language, using its nuances to capture the subtleties of what people show and hide.

Todd White has an impressive list of accomplishments including being the lead character designer of SpongeBob SquarePants; being the official artist of the 49th Annual Grammy awards; being asked by Warner Brothers to contribute to a major design exhibition celebrating the 70th Anniversary of The Wizard of Oz; creating a portrait of Princess Diana for the Princess Diana Memorial Fund; and joining the ranks of artists like Norman Rockwell and Andy Warhol when he was asked by Coca Cola to create a series of inspirational sketches that appeared on their bottles. Todd White is the only artist in history that Coca Cola agreed to have his signature appear on their bottles!

There is no denying the Art of Todd White is infectious, resulting in White becoming one of the most collected American artists alive in the world today! 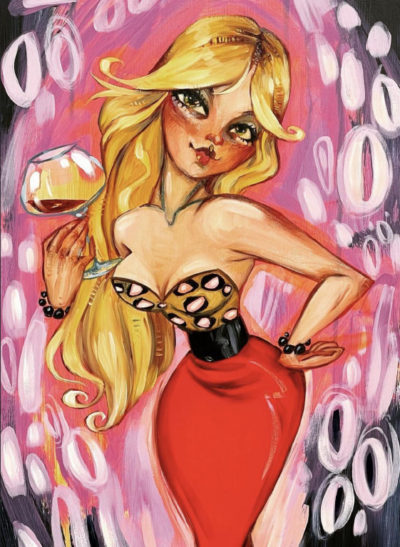 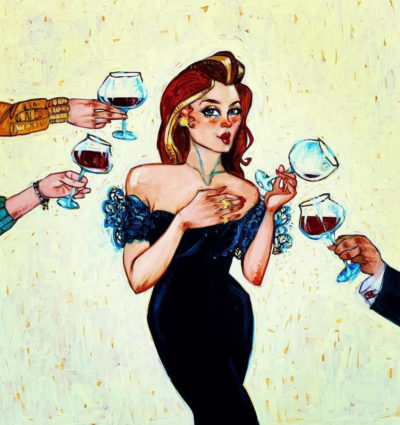 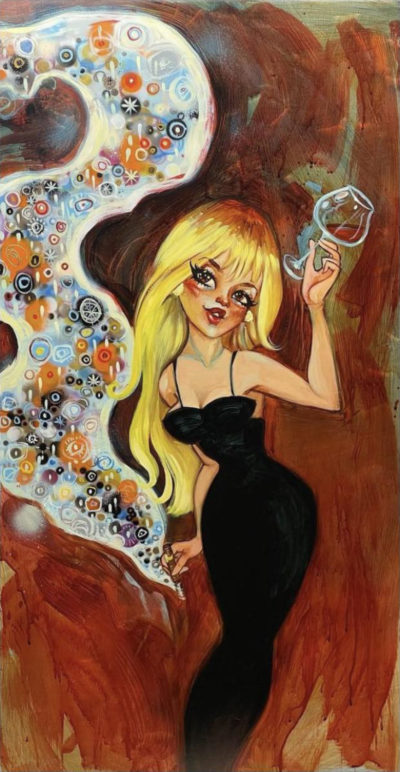