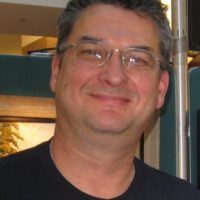 Vance Theoret is a man of few words, as are many who work with stone. But when he does get talking it takes little time to feel his passion for the stone that he works with! And of how he communicates with the stone in a manner hard to put into words but nonetheless very tangible. Theoret connects with each stone, allowing its ancient memory to speak to him. Using this first impression of what the stone has revealed, he applies a ‘direct carve’ approach, letting the design emerge. This rough image is then refined into a clean, solid sculpture, with precise, yet minimal, detail. “I let the stone tell me what it wants to be. The results are far more exciting than if I forced my ideas on my material.” While Vance’s work portrays the physical presence of the stone, it also evokes a wide range of emotions – from humor to a sense of tenderness shared between mother and baby – and seems to touch you on a very primal level. The pieces that Theoret carves seem to not only have a life of their own but this method also showcases the real star of the show.The stone itself!

Working in alabasters, soapstone’s, slate, chlorite and Kissi stone for 25 years, Theoret carves a large selection of different wild animals as the subject matter for his work – but the bear has always and continues to be his favorite. “Bears are like big kids that never really grow up. So I can get away with portraying a lot of human qualities in them. I like to explore the more playful, curious aspects of bears.”

Vance Theoret’s work ranges from small pieces for gifts to larger sculptures for private and corporate collections. His pieces can be found as far away as Germany, Switzerland, France, Holland, Taiwan and Japan. 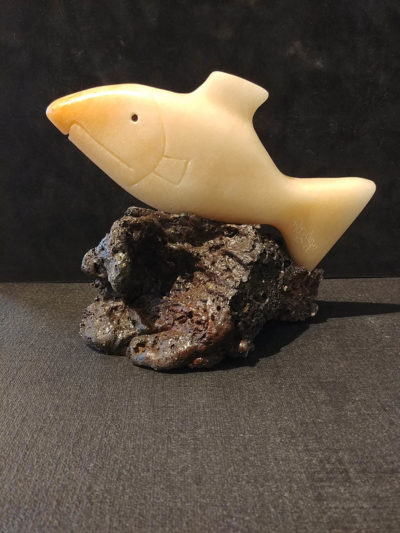 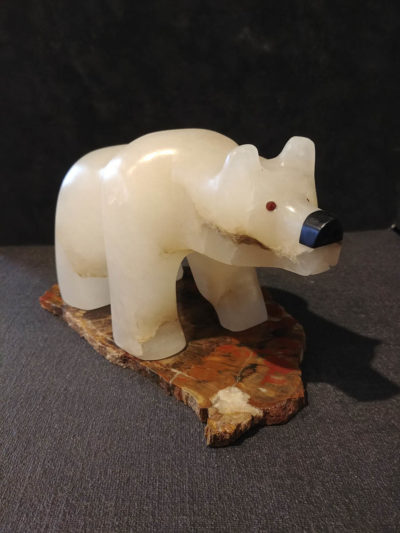 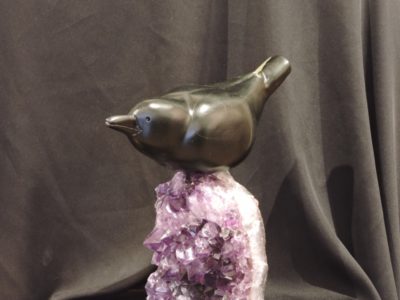 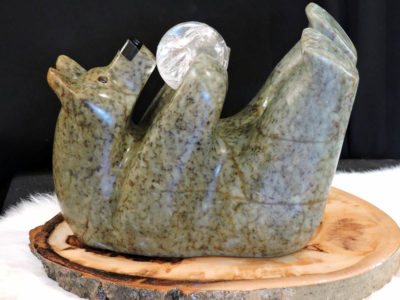