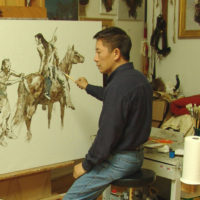 Liang received his great inspiration in this country while studying and painting the Wampanoag Indian culture at the outdoor Museum in Plymouth, Massachusetts. This newfound interest fired his imagination, and he began to focus his painting primarily on Native American Indian cultures and their traditional ways of life. During the ensuring years of field research, he has made many connections and friends among Native tribes from the East coast to the Rocky Mountains. Liang’s obvious passion for the Indians as a people, coupled with his emphasis on historical accuracy, adds strength and truth to his portrayals.

Liang has participated in the Masters of the American West Fine Art Exhibition and Sale in Autry National Center every year since 2005. His works have been featured in Art of the West, South West Art, Western Art Collectors, Artists and International Artists Magazines. He is represented by Trailside Galleries in Jackson, Wyoming and Scottsdale, Arizona.

Liang and his family reside in Southern California. 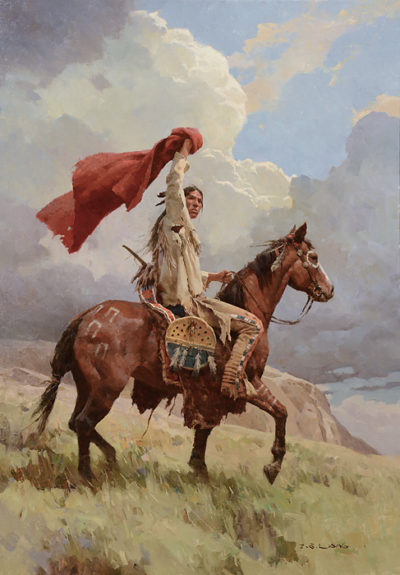 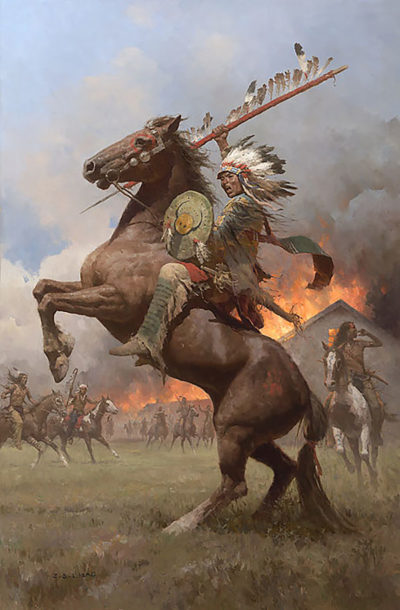 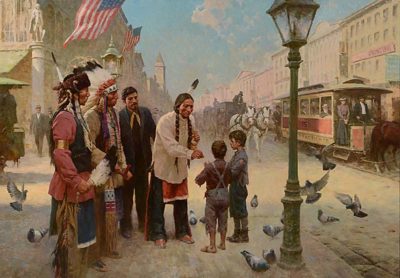