Ken Danby
Limited Edition Print
Giclée Canvas
27 × 32.5 in
Inquire about this artwork
or
Give us a call
Category: Uncategorized

The portrait was also seen later that night on Hockey Night in Canada during their interview of Wayne.

The Great Farewell is destined to become the symbol of a Great hockey era. The limited edition print and book are certain to be ranked among the top collectibles of our time.

'The Great Farewell' is the perfect title because it's so appropriate to my memories of the great response of the fans at my final game. I hope you enjoy it as much as I do." 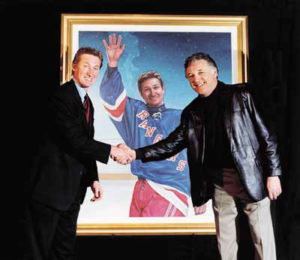 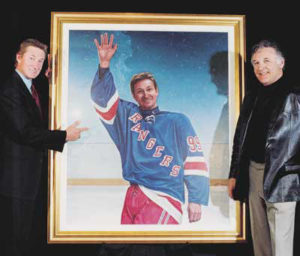 Some of the artist's preliminary studies:

All editions include The Great Farewell book.