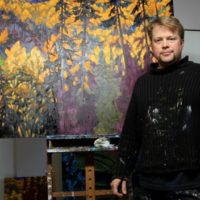 Domink J. Modlinski was born in Warsaw, Poland Nov 20, 1970. From an early age he studied printmaking and later attended the School for Artistic Crafts and Design in Warsaw. In 1987 he immigrated to Canada and studied fine arts at Ontario College of Art in Toronto, where he graduated with honours in 1993. It was while studying landscape painting, that Dominik was naturally drawn to the wilderness of Northern Ontario. Following his graduation he moved to the Algoma region of Ontario to paint at the Algoma School of Landscape Arts. Since then he peruses his passion to paint the wilderness in various locations around the globe. As a matter of course, Dominik incorporates the journey motif, his creative process and his personal growth into his work.

In the early 90’s his travels led him to the Yukon wilderness and the far North, where he truly found his inner creative calling depicting the dramatic landscapes of Canada. Now, for over 15 years Dominik consistently returns to his isolated cabin in the northern village of Atlin, British Columbia to painting and explore. This wild location borders on the Yukon and Alaskan territories, which offer access to a diverse and spectacular ecosystem. This ever changing and harsh environment provides Dominik with limitless inspiration as he journeys through the path of nature’s four seasons.

Dominik’s painting journeys are a wilderness experience based upon weeks of traveling rugged and barren lands to capture in plein air style the majesty of nature. His northern travels have inspired him to explore further and visit many of earth last remaining wilderness areas. Some of the most extreme painting expeditions took him across continents and hemispheres such as Antarctica, High Arctic, Greenland, and Patagonia and most recently in to the wilds of Namibia and South Africa. As we witness disappearance of wilderness around the globe, Modlinski’s quest is to portray a need to preserve the beauty of our planet and inspire people to do so through his paintings, photographs, stories and videos.

When he is not traveling, Modlinski shares his art practice between his home on Vancouver Island, British Columbia and his cabin in Atlin, British Columbia.  He also devotes his time to filming and creating his ongoing television series called ‘CHANGING LANDSCAPES’ where he and his best friend travel the world in the quest of adventure and painting locations which is currently running on SHAW television channel. During the time when he is not painting Dominik follows his second passion, martial arts. He has been training for 25 years various styles and currently holds a rank of 5th degree black belt in Karate.

The artist’s work can be found in many private and corporate collections around the world. His work is also published by Nature’s Scene in Georgetown, ON. 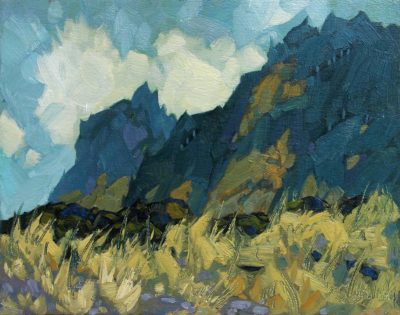 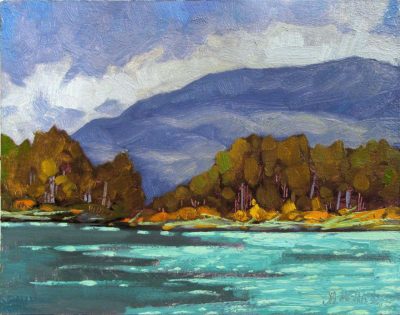 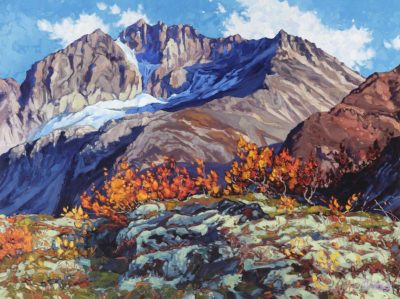 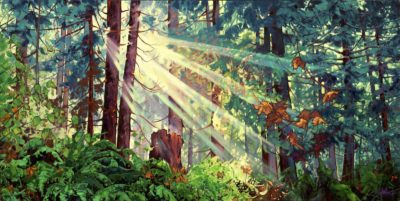