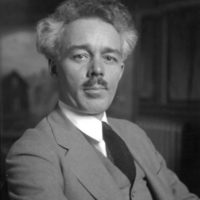 Lawren Stewart Harris was born in Brantford, Ontario into a wealthy family on October 23 1885. Harris was a Canadian painter and is best known as a member of the Group of Seven who pioneered a distinctly Canadian painting style in the early twentieth century. He attended St. Andrew’s College in Toronto, and then from age 19 (1904 to 1907) he studied in Berlin. He was interested in philosophy and eastern thought. Later, he became involved in Theosophy and joined the Toronto Lodge of the International Theosophical Society. Lawren went on to marry Beatrice (Trixie) Phillips on January 20th 1910 and together had  three children born in the first decade of their marriage. Soon after meeting and becoming friends with J. E. H. MacDonald in 1911, they together formed the Group of Seven.  A. Y. Jackson has been quoted as saying that Harris provided the stimulus for the Group of Seven. During the 1920s, Harris’ works became more abstract and simplified, especially his stark landscapes of the Canadian north and Arctic. He also stopped signing and dating his works so that people would judge his works on their own merit and not by the artist or when they were painted.

In 1913, he financed the construction of a studio building in Toronto with friend Dr. James MacCallum. The Studio provided artists with cheap or free space where they could live and work. His school-time friend F.B. Housser was married in 1914 to a woman named Bess. Harris and Bess fell in love, but saw no action that could be made. For the two to divorce their spouses and marry would cause an outrage.  Later in 1918 and 1919, Lawren Harris with J. E. H. MacDonald financed boxcar trips for the artists of the group of seven to the Algoma region. Another painting trip after Algoma was to Lake Superior North Shore with A.Y. Jackson. Harris was so passionate about the North Shore and fascinated by the theosophical concept of nature, he returned annually for the next seven years. There he developed the style he is best known for Harris’s paintings in the early 1920’s were characterized by rich, decorative colours that were applied thick, in painterly impasto. Harris finally left his wife of 24 years, Trixie and his three children and married Bess Housser in 1934. Later that year he and Bess left their home and moved to the United States. Then in 1940 they moved Vancouver, British Columbia and Harris started his abstract paintings. In 1969 he was made a Companion of the Order of Canada. 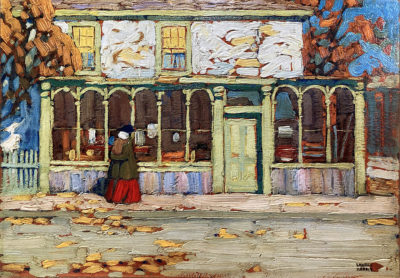 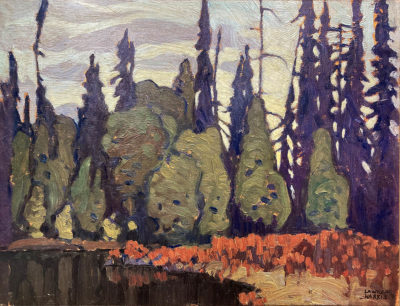 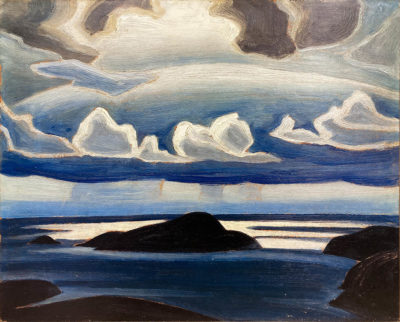 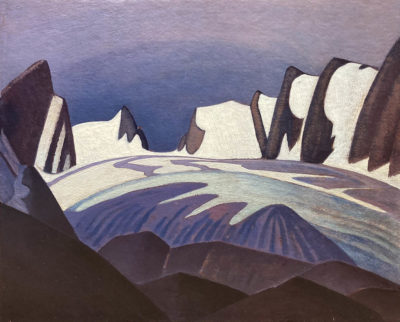